Beauchamp was the third son of Henry Lygon, 4th Earl Beauchamp, and Lady Susan Caroline, daughter of William Eliot, 2nd Earl of St Germans. He was educated at Eton, was President of the Oxford Union in 1851 and graduated from Christ Church, Oxford in 1856 with an MA degree.

Beauchamp was Member of Parliament for Tewkesbury from 1857 to 1863 and for West Worcestershire from 1863 to 1866. On 4 March 1866 he inherited the earldom of Beauchamp on the death of his childless brother. He served under Benjamin Disraeli as Lord Steward of the Household between 1874 and 1880 and under Lord Salisbury as Paymaster-General between 1885 and 1886 and again between 1886 and 1887. In 1874 he was sworn of the Privy Council.[1] He was also Lord Lieutenant of Worcestershire between 1876 and 1891. 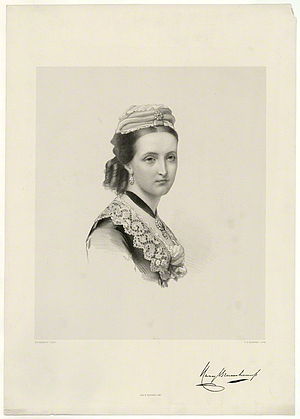 Lady Beauchamp died in 1876, and on 24 September 1878 Lord Beauchamp married Lady Emily Pierrepont (16 March 1853 – 11 May 1935), daughter of the 3rd Earl Manvers and his wife Georgiana Jane E. F. de Franquetot, at Perlethorpe in Nottinghamshire. They had four children, two sons and two daughters:

Lord Beauchamp died on 19 February 1891, aged 60, at his home, Madresfield Court, from a heart attack he suffered at dinner that night. His eighteen-year-old eldest son William succeeded him in the earldom. He was buried in the grounds of Madresfield Court, in the remains of the Old Church's graveyard, under a large stone cross.