Frederick Warne & Co is a British publisher famous for children's books, particularly those of Beatrix Potter, and for its Observer's Books which have gained a cult following. 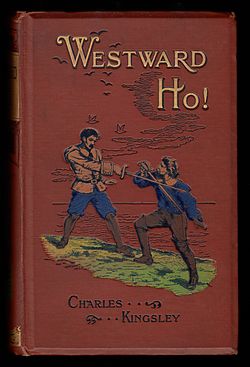 The company was founded in 1865 by a bookseller turned publisher, Frederick Warne. The new venture replaced an earlier association between Warne and George Routledge, who also went on to found his own publishing company.

During the second half of the nineteenth century, Warne's firm built a reputation based upon its children's list, publishing illustrated books by such well-known authors and artists as Edward Lear, Kate Greenaway and Walter Crane. Toward the end of the century, Frederick Warne retired and handed the management of the business over to his three sons, Harold, Fruing, and Norman.

Warne was among the six publishers to whom Beatrix Potter submitted her first book, the story of a rabbit called Peter. As did the other five, Warne turned the proposal down. People at the company changed their minds, however, when they saw the privately printed edition of the book in 1901. They offered to publish it if Potter redid the illustrations in color. The next year, Warne published The Tale of Peter Rabbit, and by Christmas had sold 20,000 copies. Thus began a forty-year partnership that saw the publication of twenty-two additional Little Books and the development of a flourishing merchandising program, the first of its kind based on a children's book.

Beatrix Potter was engaged to marry Norman Warne, her editor and the youngest of the three Warne brothers. However, he died in 1905, only a few weeks after their engagement of Leukemia. Harold, the eldest brother, took over as Potter's editor. She continued to produce one or two new Little Books each year for the next eight years until her marriage in 1913 to William Heelis. During the next few years Potter turned her attention to her farm work, but when the company fell on hard times and Harold was imprisoned for embezzlement, she came to the rescue with another new title to support "the old firm." Potter, who had no children, left the rights to her works to Warne upon her death. The company continued to publish them; it also brought out several biographical works about its most renowned author. Over the years, Warne also expanded its nonfiction publishing, issuing among others the world-famous Observer books, and the Wayside and Woodland series which dealt in depth with a range of plant and animal groups, most notably insects. Both series are now highly collectable.

In 1983, Frederick Warne was acquired by Penguin Books. As a division of Penguin, it began developing classic book-based children's character brands. The merchandising program was expanded from a base of thirty-five licences to more than four hundred by the late 1990s. Over the years Warne acquired a number of other classic book properties, including Cicely Mary Barker's Flower Fairies in 1989 and Eric Hill's Spot the Dog in 1993. The hallmarks of the publishing program are beautifully produced editions of the original works, plus lively spin-off books ranging from baby record books and treasuries to board books and novelty titles. All of Beatrix Potter's original artwork was re-photographed in 1986, and the new editions launched in 1987 were critically acclaimed for the quality of reproduction. Similarly, the Flower Fairies books were re-originated in 1990.

Today, Potter's characters and others appear on a host of products worldwide. They are featured in events around the globe, from the Peter Rabbit-themed gardens and events at the Macy’s Flower Show to costume appearances, live theatrical entertainment, and exhibitions of original artwork in such prestigious venues as the Musée D'Orsay (Paris), the Pierpont Morgan Library (New York) and the Tate Gallery (London), as well as museums in Australia and Japan. Warne has commissioned video and television programming for both Peter Rabbit and Spot, and its classic brands are an essential part of childhood internationally. A major motion picture about the life of Beatrix Potter Miss Potter, starring Renée Zellweger as Beatrix Potter and Ewan McGregor as Norman Warne was released in 2006. While the company no longer exists as an independent company, it continues to exist as an imprint of Penguin Group.

The twenty three books Warne published by Beatrix Potter were mainly written about animals, and were written 1902–1930.

From 1937 to 2003, Warne published the Observer's Books series of small, pocket sized books, now collector's items. The first Observer guide was published in 1937, and was on the subject of British Birds. The same year, Warne published a second book, on British Wild Flowers. By 1941, Warne had published the first six Observer's books. In 1942, a special edition book was brought out on Airplanes. This book had no number in the series, as it was brought out to help people spot enemy planes during World War II. It was printed again in 1943, and in 1945. When Warne was acquired by Penguin books in 1983, Warne brought out new editions of the Observer's books.