The Freedom Socialist Party is a far-left socialist political party with a revolutionary feminist philosophy that emerged from a split in the United States Socialist Workers Party in 1966.[1] The party views the struggles of women and minorities as part of the struggle of the working class. The SWP's Seattle branch, with support from individuals in other cities, split off from the SWP over what it described as the SWP's entrenched opportunism and undemocratic methods. The current National Secretary of the FSP is Doug Barnes. 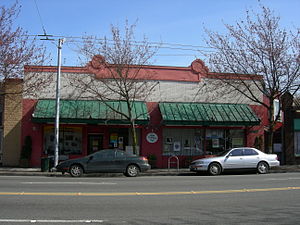 The immediate forerunner of the FSP was the Kirk-Kaye tendency within the SWP was led by Dick Fraser (Kirk) and Clara Fraser (Kaye) who were at the time husband and wife.[2] At the time Richard Fraser was seen as the central leader of the tendency due to his development of the theory of revolutionary integrationism. In addition to their distinctive position on civil rights, derived from the theory of revolutionary integrationism, the tendency also took a position that was more sympathetic to China than was the norm in the SWP, in part this being due to the alliance between the Kirk-Kaye tendency and the looser tendency around Arne Swabeck and Frank Glass.

Political differences, as articulated by the soon-to-become FSP, included what was characterized as the SWP's uncritical support of the black nationalist views of Malcolm X, SWP's orientation toward the labor aristocracy, its opportunism in the anti-Vietnam War movement, and its dismissive attitude toward the emerging feminist movement. The nascent FSP advocated the class solidarity of black and white workers, called for a greatly expanded understanding of and attention to women's emancipation, and urged the anti-war movement to support the socialist, anti-colonial aims of the Vietnamese Revolution.

The FSP became a pole of attraction for Seattle leftists opposed to the SWP's internal politics and established a home at Freeway Hall.[3][4][5] The party formed Radical Women with the dual goal of building a radical feminist organization and teaching women the organizational and leadership skills they were often denied in male-dominated organizations.[6]

The FSP is politically Trotskyist. FSP leaders Clara Fraser (1923–1998) and Gloria Martin (1916–1995) built on the socialist analysis of women's oppression to create a Leninist party that is "socialist-feminist" in ideology and practice.[7][8] The party views the liberation struggles of women, people of color and sexual minorities (such as homosexuals) as intrinsic to working class revolt, and it looks to these specially-oppressed sectors of society to provide revolutionary leadership. Women comprise a predominant part of the party leadership. Overall, membership is very diverse and is composed of all genders and races. The party characterizes its National Comrades of Color Caucus as offering the party's diverse ranks of people of color and opportunity to work together as a team to grow as leaders and provide direction for the party's work in people of color movements.

The party has frequently supported united front efforts around a number of issues and often helps other socialist groups get on the ballot, while simultaneously running its own candidates for office.

The United Front Against Fascism (UFAF)—founded by the FSP, but also including a broad coalition of the Left, the LGBT community, labor unionists, feminists, people of color, Jews, and civil libertarians—took the lead in mobilizing against neo-Nazis in the Pacific Northwest.[9][10][11][12][13][14] 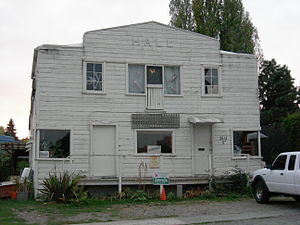 Freeway Hall in Seattle's Northlake neighborhood was for many years the FSP headquarters.

The party has branches in a number of U.S. cities and a sympathizing section in Australia. The Freedom Socialist is produced six times a year. Red Letter Press publishes books and pamphlets for the party. The FSP is affiliated with Radical Women, which is an autonomous socialist feminist organization. In 2003, Red Letter Press and its managing editor, Helen Gilbert, were the target of a complaint to the Federal Election Commission by the campaign committee of perennial presidential candidate Lyndon LaRouche. LaRouche alleged that Gilbert and the FSP publishing house, which had issued a pamphlet by Gilbert critical of LaRouche's ideology and political history[15] were in violation of campaign finance laws. The FEC found LaRouche's complaint to be without merit and dismissed it.[16]

In 2004, Jordana Sardo, party organizer in Portland, Oregon, ran for the Oregon House of Representatives in Oregon's 45th House district, earning 8.74% of the vote.[17] Other FSP campaigns have been run in New York, Washington, and California.[18]

In 2012, the party ran a write-in presidential campaign with candidates Stephen Durham for U.S. president and Christina López for vice-president.[19][20] The ticket received 117 votes nationwide.[21][22]