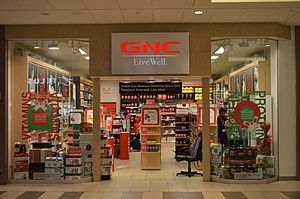 A GNC store at Promenade

In 1935, David Shakarian opened a small health food store, Lackzoom, in downtown Pittsburgh. He only made USD $35 on his first day, but was able to open a second store within six months.[2] A year later, Shakarian suffered from what appeared to be a fatal blow when the Ohio River flooded on St. Patrick's Day. Both of his stores were wiped out. However, he quickly rebuilt both stores, and opened five more by 1941. The company officially registered as a corporation on September 1, 1936 Shakarian moved into the mail order business during WWII. He said that customers sent him a check and asked him to mail their product as they could not drive to his store due to the gas rationing which happened during WWII. During the health food craze of the 1960s, Shakarian expanded his chain outside Pittsburgh for the first time, and in the process changed its name to General Nutrition Center. He continued to run the chain until his death in 1984. Shakarian took GNC public (listed on the NYSE)in the 1980s. Overexpansion and his death in 1984 resulted in a highly leveraged GNC. The Shakarian family decided to sell GNC shortly after his death. The family brought in a "turn around" executive, Jerry Horn, with instructions to "stop the bleeding" and position GNC to be sold. In 1990 the company considered relocating but a public/private effort retained GNC headquarters in Downtown Pittsburgh.[3] GNC was taken private and sold to The Thomas Lee Company, a PE investment/management fund in the late 1990s. Thomas Lee ran GNC and took it public prior to selling the company to Royal Dutch Numico and Numico acquired GNC in 1999; it sold GNC to Apollo Management in 2003. Ontario Teachers' Pension Plan and Ares Management bought GNC in 2007. GNC went public in 2011. 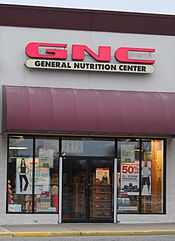 GNC has more than 6,000 stores in the U.S., including 1,100 store-within-a-store locations within Rite Aid, as well as locations in 49 other countries. In addition, GNC LiveWell currently has 41 Stores located in Brisbane, Sydney, and Melbourne in Australia.

GNC retail stores are both a combination of corporate-owned and franchised stores; 950 of the 5,000 domestic US stores are franchises, commonly located within urban shopping malls and shopping zones. In addition to the GNC.com website, GNC's products are sold on drugstore.com.

Six formulas of GNC-branded multivitamins were tested by ConsumerLab.com in its Multivitamin and Multimineral Supplements Review of 38 of the leading multivitamin/multimineral products sold in the U.S. and Canada. All six formulas passed ConsumerLab's test,[4] which included testing of selected index elements, their ability to disintegrate in solution per United States Pharmacopeia guidelines, lead contamination threshold set in California Proposition 65, and meeting U.S. Food and Drug Administration (FDA) labeling requirements.[5]

In 1998, GNC was accused of purposely running its franchisees out of business in order to "retake" the stores into corporate control.[6] An April 30, 2003 article states that the GNC corporate company was sued by numerous franchise owners.[7] The complaint is that the parent company was allowing their corporate owned stores to sell products for less than the franchise stores are allowed to sell them for. The suit also claimed that GNC charged high "reset fees" to franchisees when there is new signage that needs to be changed in the store or an image facelift that must be done by GNC corporate. A similar lawsuit was filed again in an article written on October 20, 2004.[8]

In 2013, the FDA tested 21 of GNC's dietary supplements, which claimed to be “all natural.” In April 2015, the FDA’s enforcement heightened when it issued a series of warnings to the supplement industry regarding unapproved ingredients. In October 2015, the state of Oregon's attorney general filed a lawsuit against GNC alleging that the company knowingly sold products containing the ingredients picamilon and BMPEA, which are banned by the FDA.[9][10][11]