From Infogalactic: the planetary knowledge core
Jump to: navigation, search
This article is about the art gallery in Venice. For the Accademia art gallery in Florence, see Galleria dell'Accademia. For other uses, see Accademia.

The Gallerie dell'Accademia is a museum gallery of pre-19th-century art in Venice, northern Italy. It is housed in the Scuola della Carità on the south bank of the Grand Canal, within the sestiere of Dorsoduro. It was originally the gallery of the Accademia di Belle Arti di Venezia, the art academy of Venice, from which it became independent in 1879, and for which the Ponte dell'Accademia and the Accademia boat landing station for the vaporetto water bus are named. The two institutions remained in the same building until 2004, when the art school moved to the Ospedale degli Incurabili.

The Accademia di Belle Arti di Venezia was founded on 24 September 1750; the statute dates from 1756.[1] The first director was Giovanni Battista Piazzetta; Gianbattista Tiepolo became the first president after his return from Würzburg.[2]

It was one of the first institutions to study art restoration starting in 1777 with Pietro Edwards, and formalised by 1819 as a course.

In 1807 the academy was re-founded by Napoleonic decree. The name was changed from Veneta Academia di Pittura, Scultura e Architettura to Accademia Reale di Belle Arti, "royal academy of fine arts", and the academy was moved to the Palladian complex of the Scuola della Carità, where the Gallerie dell'Accademia are still housed. The collections of the Accademia were first opened to the public on 10 August 1817.[1][3]

The Gallerie dell'Accademia became independent from the Accademia di Belle Arti di Venezia in 1879. Like other state museums in Italy, it falls under the Ministero per i Beni e le Attività Culturali, the Italian ministry of culture and heritage. 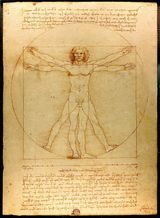 The Napoleonic administration had disbanded many institutions in Venice including some churches, convents and Scuole. The Scuola della Carità, the Convento dei Canonici Lateranensi and the church of Santa Maria della Carità thus became the home of the Accademia. The Scuola della Carità was the oldest of the six Scuole Grandi and the building dates back to 1343, though the scuola was formed in 1260. The Convento dei Canonici Lateranensi was started in 1561 by Andrea Palladio, though it was never fully completed. The facade of Santa Maria della Carità was completed in 1441 by Bartolomeo Bon.

The Gallerie dell’Accademia contains masterpieces of Venetian painting up to the 18th century, generally arranged chronologically though some thematic displays are evident.

Highlights from the Painting Collection