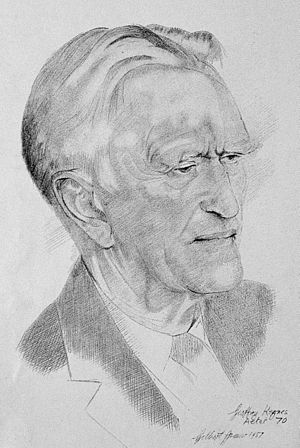 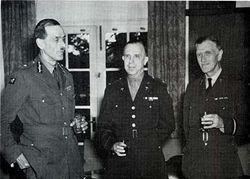 Geoffrey Keynes was the son of John Neville Keynes, an economics lecturer at the University of Cambridge and Florence Ada Brown, a successful author and a social reformer. His older brother was the economist John Maynard Keynes and his sister Margaret married the Nobel Prize–winning physiologist Archibald Hill.

He was educated at Rugby School, where he became friends with Rupert Brooke and was appointed literary executor for the estate of Brooke's death in 1915.

On 12 May 1917 he married Margaret Elizabeth Darwin, the daughter of Sir George Howard Darwin and granddaughter of Charles Darwin. They had one daughter and four sons:

He graduated from Pembroke College, Cambridge, and then qualified as a surgeon with the Royal College of Surgeons in London. He served as a Lieutenant in the Royal Army Medical Corps during World War I and then worked as a consultant surgeon, becoming an expert in blood transfusion. His work to create a portable blood transfusion device was recognized as saving thousands of lives during World War I.[citation needed] His pioneering work on blood transfusion was the primary reason for his eventual knighthood.[citation needed]

During World War II, Keynes was a consulting surgeon to the Royal Air Force. In 1944 he was promoted to the rank of acting air vice-marshal.

He maintained a passionate interest in English literature all his life and devoted a large amount of his time to literary scholarship and the science of bibliography. He was a leading authority on the literary and artistic work of William Blake and "was instrumental in establishing Blake as a central figure in the history of English art and literature."[2] He also produced biographies and bibliographies of English writers such as Sir Thomas Browne, John Evelyn, Siegfried Sassoon, John Donne and Jane Austen. He was also a pioneer in the history of science, with studies of John Ray, William Harvey and Robert Hooke. His biography The Life of William Harvey was awarded the 1966 James Tait Black Memorial Prize. In 1967 he delivered the Wilkins Lecture at the Royal Society. Keynes was President of the Bibliographical Society (1952–1954)[3] and was awarded the Society's Gold Medal in 1982.

His autobiography The Gates of Memory was published in 1981.