From Infogalactic: the planetary knowledge core
Jump to: navigation, search
Not to be confused with Geoinformatics. 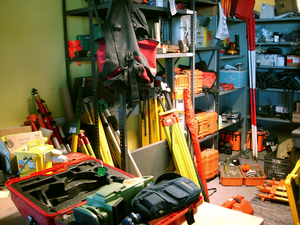 Geomatics, also known as geospatial technology, geomatics engineering, or geomatic engineering, in French géomatique, is the discipline of gathering, storing, processing, and delivering geographic information, or spatially referenced information. In other words, it "consists of products, services and tools involved in the collection, integration and management of geographic data".[1]

Michel Paradis, a French-Canadian surveyor, introduced geomatics as a new scientific term in an article published in 1981 in The Canadian Surveyor and in a keynote address at the centennial congress of the Canadian Institute of Surveying in April 1982. He claimed that at the end of the 20th century the needs for geographical information would reach a scope without precedent in history and in order to address these needs, it was necessary to integrate in a new discipline both the traditional disciplines of land surveying and the new tools and techniques of data capture, manipulation, storage and diffusion.[2]

Geomatics includes the tools and techniques used in land surveying, remote sensing, cartography, geographic information systems (GIS), global-navigation satellite systems (GPS, GLONASS, Galileo, Compass), photogrammetry, geophysics, geography, and related forms of earth mapping. The term was originally used in Canada, because it is similar in origin to both French and English,[clarification needed] but has since been adopted by the International Organization for Standardization, the Royal Institution of Chartered Surveyors, and many other international authorities, although some (especially in the United States) have shown a preference for the term geospatial technology.[1][verification needed]

The related field of hydrogeomatics covers the area associated with surveying work carried out on, above or below the surface of the sea or other areas of water. The older term of hydrographics was considered[by whom?] too specific to the preparation of marine charts, and failed to include the broader concept of positioning or measurements in all marine environments.

A geospatial network is a network of collaborating resources for sharing and coordinating geographical data and data tied to geographical references. One example of such a network is the Open Geospatial Consortium's efforts to provide ready global access to geographic information. A number[quantify] of university departments which were once titled "surveying", "survey engineering" or "topographic science" have re-titled themselves using the terms "geomatics" or "geomatic engineering".

The rapid progress and increased visibility of geomatics since the 1990s has been made possible by advances in computer hardware, computer science, and software engineering, as well as by airborne and space observation remote-sensing technologies.

The science of deriving information about an object using a sensor without physically contacting it is called remote sensing, which is a part of geomatics.