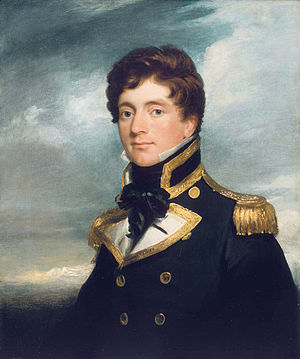 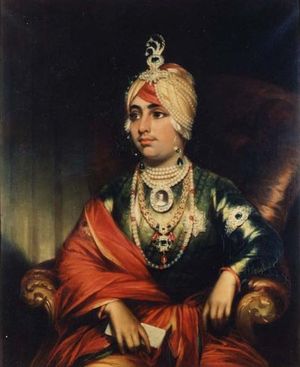 George Duncan Beechey (1798 – 6 December 1852) was an English portrait painter, the fourth of Sir William Beechey’s eighteen children by Ann Phyllis Jessop (*3 August 1764), and a godson of George III. He was the brother of Captain Frederick William Beechey, admiral and painter Richard Brydges Beechey, and the portraitist Henry William Beechey.

His father’s position as royal portraitist afforded George Duncan favourable commissions from royal circles, two eminent sitters being Prince Augustus Frederick, Duke of Sussex and Bowyer Edward Sparke (1759-1836), Bishop of Chester. He exhibited at the Royal Academy between 1817 and 1834.

He journeyed to Egypt from 1821 to 1822 and in the 1830s to India, and was appointed court painter to the Nawab of Awadh in Lucknow.