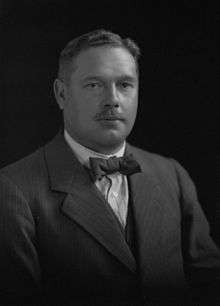 George Hicks in 1927 by Lafayette

Hicks was born in 1879 in Vernhams Dean, Hampshire. Along with fellow bricklayers Jack Fitzgerald and F. K. Cadman, he was one of the founding members of the Socialist Party of Great Britain in June 1904. Hicks resigned on 20 August 1904, rejoining on 14 December 1908 and finally leaving around 1910. He does not seem to have played an active part in the life of the Party, but after leaving it went on to be a prominent trade union leader in the bricklayers' union.

Hicks first came to prominence during the great labour unrest just before the First World War, particularly in the London building trades lockout of 1914. He was a well-known syndicalist agitator at this time, being linked with Tom Mann’s Industrial Syndicalist Education League and its effective successor the Industrial Democracy League. In 1912 he became National Organiser of the Operative Bricklayers' Society, serving as its General Secretary from 1919 to 1921. Subsequently he was General Secretary of Amalgamated Union of Building Trade Workers (the successor to the OBS) from 1921 to 1941. Hicks was a member of General Council of the TUC from 1921 to 1941, during the early to mid-1920s gaining a reputation as a Left (e.g., writing for the Communist-controlled Sunday Worker, and helping organise the 1926 General Strike). This had been largely lost by the time he served as the TUC President in 1927–1928. Around this time he was also a member of the General Council of the International Federation of Trade Unions.

Hicks wrote the foreword for the 1927 edition of The Ragged Trousered Philanthropists. He was present at the 1931 Jubilee meeting of the Labour-affiliated SDF at Bristol where he made the main speech (later published as a pamphlet Poverty from Plenty).

In a 1931 by-election, Hicks was elected Labour Member of Parliament (MP) for Woolwich East, representing that constituency until 1950. He was Parliamentary Secretary to the Minister of Works in the wartime coalition government from 1941 to 1945; a fellow ex-member of the SPGB, Valentine McEntee, was his parliamentary private secretary. He died in 1954.