George Macartney, 1st Earl Macartney, KB (14 May 1737 – 31 May 1806) was a British statesman, colonial administrator and diplomat. He is often remembered for his observation following Britain's success in the Seven Years War and subsequent territorial expansion at the Treaty of Paris that Britain now controlled "a vast Empire, on which the sun never sets".

He was an Irishman descended from an old Scottish family, the Macartneys of Auchinleck, who had settled in 1649 at Lissanoure, in Loughguile, Ballymoney, County Antrim, Ireland, where he was born. He was the only son of George Macartney and Elizabeth Winder. After graduating from Trinity College, Dublin, in 1759, he became a student of the Temple, London. Through Stephen Fox, elder brother of Charles James Fox, he was taken up by Lord Holland.

Appointed envoy extraordinary to Russia in 1764, he succeeded in negotiating with Catherine II an alliance between Great Britain and that country. He was returned in 1768 to the Irish House of Commons as Member of Parliament for Armagh Borough, in order to discharge the duties of Chief Secretary for Ireland. On resigning this office he was knighted.

In 1775 he became governor of the British West Indies and was created Baron Macartney in the Peerage of Ireland in 1776. He was elected to a seat in the British parliament (Bere Alston) from 1780 to 1781.

Macartney was the Governor of Grenada from 1776 to 1779. During his governance, the island was attacked in July 1779 by French royal fleet of the comte D'Estaing. After losing control of the fortifications on Hospital Hill (an essential defense position located on a prominence overlooking the island capital St. George's), Macartney chose to surrender unconditionally.

Macartney was the Governor of Madras (now known as Chennai) from 1781 to 1785. During his tenure as governor, renovation and strengthening of the walls of Fort St. George was commenced after the siege of Lally and completed in 1783. It was also during this time that most of the buildings and barracks in the western portion of the Fort were erected. The Palace Street, the Arsenal, the Hanover square and the Western Barracks were constructed during this time. The streets in the eastern side of the Fort were also altered.

It was also during this time that idea of a police force for Madras was thought of. Popham, the brainchild of the steer which would bear his name (Popham's Broadway) submitted a plan for the establishment of a regular police force for Madras and for the building of direct and cross drains in every street. He also advocated measures for the naming and lighting of streets, for the regular registration of births and deaths and for the licensing of liquor, arrack and toddy shops. A Board of Police assisted by a Kotwal was subsequently formed. The Kotwal was to be the officer of the markets under the Superintendent of Police.[1]

He negotiated the Treaty of Mangalore which brought an end to the Second Anglo-Mysore War in 1784.[2]

Macartney declined the governor-generalship of India (then the British territories administered by the British East India Company) and returned to Britain in 1786. 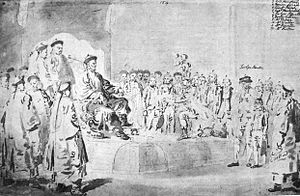 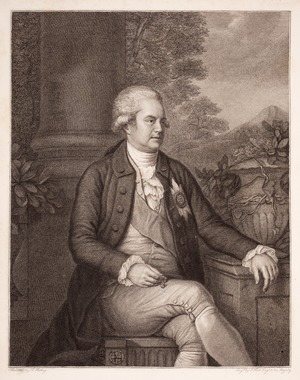 After being created Earl Macartney in the Irish peerage (1792), he was appointed the first envoy of Britain to China, after the failure of a number of previous embassies, including Cathcart's. He led the Macartney Embassy to Beijing in 1792 with a large British delegation on board a 64-gun man-of-war, HMS Lion. The embassy was ultimately not successful in its primary aim to open trade with China, although numerous secondary purposes were attained, including first-hand assessment of the strength of the Chinese empire. The failure to obtain trade concessions was not due to Macartney's refusal to kowtow in the presence of the Qianlong Emperor, as is commonly believed. It is probably described most neutrally as a result of competing world views which were uncomprehending and incompatible. After the conclusion of the embassy, Qianlong sent a letter to King George III, explaining in greater depth the reasons for his refusal to grant the requests of the embassy.[3]

The Macartney Embassy is historically significant because it marked a missed opportunity by the Chinese to move toward some kind of accommodation with the West. This failure would continue to plague the Qing Dynasty as it encountered increasing foreign pressures and internal unrest during the 19th century.

The policies of the Thirteen Factories remained. The embassy returned to Britain in 1794 without obtaining any concession from China. However, the mission could be construed as a success because it brought back detailed observations. Sir George Staunton was charged with producing the official account of the expedition after their return. This multi-volume work was taken chiefly from the papers of Lord Macartney and from the papers of Sir Erasmus Gower, who was Commander of the expedition. Sir Joseph Banks, the President of the Royal Society, was responsible for selecting and arranging engraving of the illustrations in this official record.[4]

Macartney was expected to lead an embassy to Japan after he completed his mission to China, but his hopes of being able to proceed to Japan were ended by the confirmation when he returned to Canton of news of the outbreak of war with France and consequently of the vulnerability of his ships to attack by French cruisers operating from Batavia.[5] On 23 December, Macartney recorded in his journal: "I have given up my projected visit to Japan, which (though now less alluring in prospect) has always been with me a favourite adventure as a possible opening of a new mine for the exercise of our industry and the purchase of our manufactures".[6] 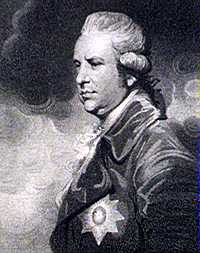 On his return from a confidential mission to Italy in 1795, he was raised to the British peerage as Baron Macartney, and in the end of 1796 was appointed governor of the newly acquired territory of the Cape Colony, where he remained until ill health compelled him to resign in November 1798. In early 1797 he was requested to assist with the proposed plan to send an attacking force from the Cape under Major-General J.H. Craig to the South West coast of Spanish America by way of the British colony in New South Wales.[10] He died at Chiswick, Middlesex, on 31 May 1806, the title becoming extinct, and his property, after the death of his widow (Lady Jane Stuart, daughter of the 3rd Earl of Bute; they were married in 1768), going to his niece, whose son took the name. 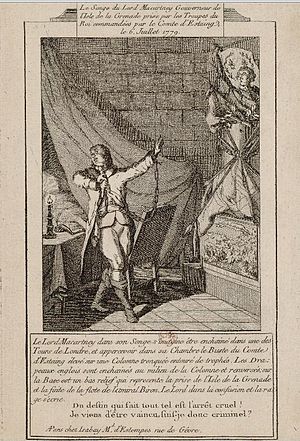 Allegorical engraving of George Macartney after his capture at the battle of Grenada (1779).