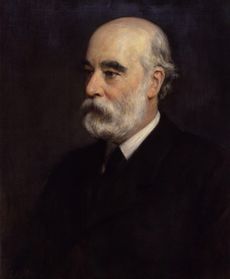 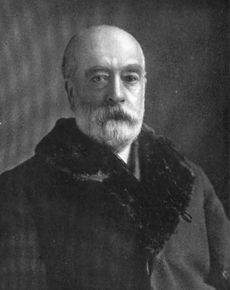 Smith was born in 1824, the eldest son of George Smith. He adopted the middle name Murray from his mother Elizabeth. His father had started the printing business with Alexander Elder.[3]

The firm was extremely successful. Smith succeeded his father and expanded the product and sales areas to cover most Victorian topics and the British Empire. The firm also supplied a catalogue full of other products desirable to British expatriates. One of Smith's most ambitious projects was the Dictionary of National Biography, which covered notable British figures up to its day in 63 volumes published from 1885 to 1900.

George Smith is widely acknowledged to have inspired the character of Graham Bretton in Charlotte Brontë's novel Villette (as he himself believed).

From 1890 until his death, Smith lived at Somerset House, in Park Lane, having bought the lease from Lady Hermione Graham, a daughter of the twelfth Duke of Somerset. The house became known as 40, Park Lane.[4] He died at St. George's Hill, Byfleet, Surrey on 6 April 1901.

His son was George Murray Smith the Younger.