Nelson was born in Islington, London, the son of George Nelson, a member of a Leicestershire family of textile merchants. Educated at the City and Guilds Central Technical College in London he obtained a studentship at Brush Electrical Engineering in Loughborough for practical experience on the shop floor and in the drawing office.[1]

Nelson married Florence Mabel, daughter of Henry Howe, in 1913. They had a daughter and a son. He died in July 1962 and Lady Nelson died the same year. He was succeeded in the barony by his only son, Henry George, who had followed him in 1956 as managing director and, after his death in 1962, as chairman of English Electric.[1] 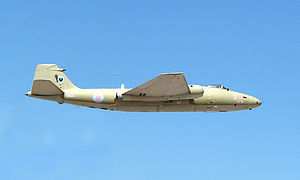 He joined British Westinghouse in Manchester and rapidly progressed, being appointed chief electrical superintendent in 1914 aged 27. Westinghouse became Metropolitan Vickers Electrical and in 1920 Nelson was appointed manager of their Sheffield works, which specialised in electric traction.[2]

In 1930, he was appointed managing director of English Electric at the invitation of Sir Holberry Mensforth, with whom he worked at Westinghouse and who was now chairman of the financially troubled manufacturing firm, brought in during a period of reconstruction.[1][3] Mensforth retired in 1933 and Nelson succeed him as chairman while retaining his position of managing director.[2][4]

He remained at the company for the duration of his career and he died at their Stafford premises on 16 July 1962.[2] During his tenure the number of employees rose from 4,000 to 80,000 with a more than proportionate increase in turnover.[1]

During World War II, Nelson held a number of positions:[1]

The Stafford Site Library of Staffordshire University was named after him in honour of his contribution to the engineering industry.[citation needed]