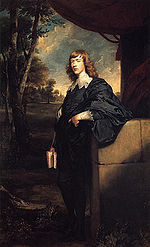 Lord Spencer was born at Wimbledon Park, London, the son of John Spencer, 1st Earl Spencer, and his wife Margaret Georgiana Poyntz, daughter of Stephen Poyntz, and was baptised there on 16 October 1758. His godparents were King George II, the Earl Cowper (his grandmother's second husband) and his great-aunt the Dowager Viscountess Bateman. His sister Lady Georgiana married the Duke of Devonshire and became a famed Whig hostess. He was educated at Harrow School from 1770 to 1775 and he won the school's Silver Arrow (an archery prize) in 1771. He then attended Trinity College, Cambridge, from 1776 to 1778 and graduated with a Master of Arts.[1] He acceded to the earldom upon the death of his father in 1783.[2]

Spencer was noted for his interest in literature and particularly in early examples of printing. He was the instigator and first President of the Roxburghe Club (an exclusive bibliophilic club), founded in 1812. When Napoleon instigated the secularization of religious houses in south Germany, Spencer used local British agent and Benedictine monk, Alexander Horn, to acquire many of their rare books and manuscripts.[3]

His collection of tens of thousands of volumes was put up for sale in 1892 and acquired by Enriqueta Rylands for the John Rylands Library[4] and it was indexed by Alice Margaret Cooke.[5] 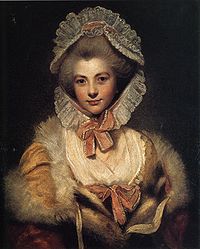 Lady Spencer died in June 1831, aged 68. Lord Spencer survived her by three years and died in November 1834, aged 76, at Althorp, and was buried in the nearby village of Great Brington on 19 November of that year.

The Spencer, a type of short jacket from which the UK military mess jacket is derived, is named for George Spencer,[6] reportedly because he had a tail-coat adapted after its tails were burned by coals from a fire.[7]