From Infogalactic: the planetary knowledge core
Jump to: navigation, search
Not to be confused with Paul St George or George Paul. 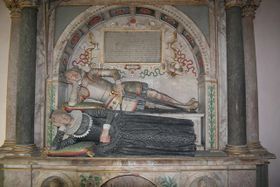 He was born the son of Thomas St Paul (or Thomas St Poll) of Snarford, Lincolnshire and educated at Corpus Christi College, Oxford. He entered Lincoln's Inn in 1580. He married Frances, the daughter of Sir Christopher Wray, although they had no children.

When he died in 1613 his estate devolved upon his sister, Faith, Lady Tyrwhitt.[2]