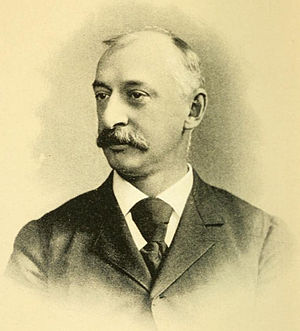 George Theodore Werts (March 24, 1846 – January 17, 1910) was an American Democratic Party politician, who served as the 28th Governor of New Jersey from 1893 to 1896. Werts created the Palisades Interstate Park Commission which saved the New Jersey Palisades from being quarried for their rock.

He entered politics and in 1886 was elected Mayor of Morristown, New Jersey, serving until 1892. He was also elected to the New Jersey Senate, serving from 1887 to 1892. Werts moved from Morristown to Jersey City, New Jersey and lived in a mansion on Crescent Avenue on the present site of Lincoln High School in Jersey City.