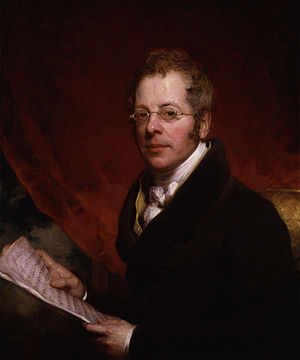 Smart was born in London, his father being a music-seller. He was a choir-boy at the Chapel Royal, and was educated in music, becoming an expert violinist, organist, teacher of singing and conductor. He taught for many years at the Royal Academy of Music where his notable pupils included Elizabeth Greenfield, John Orlando Parry, Mary Shaw, and Willoughby Weiss. In 1811 he was knighted by the Lord Lieutenant of Ireland, having conducted a number of successful concerts in Dublin. On 1 April 1822 he was appointed organist at the Chapel Royal.

Sir George Smart was, from that time onwards, one of the chief musical leaders and organizers in England, conducting at the Royal Philharmonic Society, Covent Garden, the provincial festivals, etc., and in 1838 being appointed composer to the Chapel Royal. He was a master of the Handelian traditions, was personally acquainted with Beethoven and a close friend of Weber, who died in his house. Some of his church music and glees became well-known. He died in London, and is buried there at Kensal Green Cemetery.[1]

His brother Henry (1778–1823), father of the composer Henry Smart, was a well-known violinist.