Aged 15, Ronson left school and joined his father in the family furniture business, named Heron after his father Henry. The company expanded into property development, at first with small residential projects, later with commercial and office properties too. By 1967 the company was active in seven European countries and fifty-two British municipalities. In the mid-1960s Ronson brought the first self-service petrol retail outlets to the United Kingdom. Ronson once controlled almost a thousand of them, through a separate entity called Snax 24.

By the early 1980s Heron was one of the largest private companies in the United Kingdom, with assets of over £1.5 billion, but the company was over-extended and by the 1990s had almost collapsed with debts of £2.4 billion owed to 89 banks and 15,000 bondholders. The company survived with help from Bill Gates, Rupert Murdoch, Craig McCaw, Oracle Corporation's founder, Larry Ellison, and others who gave loans to Heron.[5] 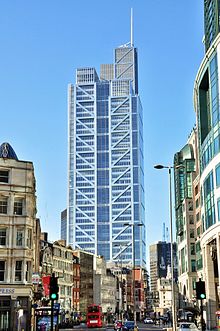 In addition to Heron International and Snax 24, Ronson's more recent additional business ventures include Ronson Capital Partners, an investment firm he established to invest opportunistically in real estate assets in the UK;[6] and Rontec Investments, a consortium comprising Snax 24, Investec and Grovepoint Capital, created to acquire the assets of Total Oil UK.[7]

The Ronson family suffered from the 1990s commercial property crash: "The [Ronson] family lost $1 billion of its own money in the property crash of the early 1990s," Gerald Ronson says. "The important thing was to rebuild."[9]

Ronson became known in the UK as one of the "Guinness Four" for his involvement in the Guinness share-trading fraud of the 1980s, along with Ernest Saunders and occasional business associates Jack Lyons and Anthony Parnes. He was convicted in August 1990 of one charge of conspiracy, two of false accounting, and one of theft, and was fined £5 million and given a one-year jail sentence, of which he served six months. In 2000 the European Court of Human Rights ruled that the 1990 trial had been unfair, however this court had no jurisdiction over the criminal trial. [10] A further appeal to the Court of Appeal Criminal Division, that sought to have the Human Rights Act 1998 applied retrospectively, and claimed that the trial jury had been "nobbled", failed in 2001,[11] A final appeal to the House of Lords (now the Supreme Court of the United Kingdom) failed in 2002 and therefore every English court which could possibly rule on the case upheld all the convictions, which therefore stand.[12]

Gerald Ronson is a philanthropist and his current positions include Founding Chairman of the Community Security Trust,[13] Vice-President of the NSPCC[14] and President of JCoSS.[15]

Ronson has won a number of business and property awards, including, most recently, City AM’s Personality of the Year Award in September 2011.[16] In 2009, His Majesty King Juan Carlos bestowed Gerald Ronson with the Encomienda de Numero of the Spanish Order of Civil Merit Decoration.[17] In the same year, he was awarded an Honorary Doctorate of Civil Law from Northumbria University.[18]

Ronson was appointed Commander of the Order of the British Empire (CBE) in the 2012 New Year Honours for charitable services.[19] He is a long-time supporter and donor of mainly Jewish causes.[4]

Ronson is married to philanthropist and socialite Dame Gail Ronson. They have four daughters: Lisa, Amanda, Nicole and Hayley.[20] He is the uncle of producer Mark Ronson.[21]

When asked about his family and Jewish heritage in an interview with the Jewish Telegraph, Ronson responded: "I am a proud Jew [...] when I go back to when I was a young boy, nothing has changed and that's how I look at the Ronson family, involved in school building, whether it be Israel, the Jewish Leadership Council, Jewish Care or most of the major organisations I've been involved in". He wants his four daughters, six grandchildren and eventual great-grandchildren to "understand who they are, what they are, what their background is and what their responsibility is. I've given them the tools to be able to continue doing those things in their life which I believe will make them good people".[3]