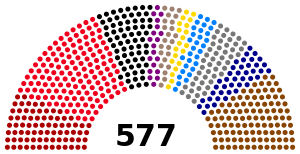 Despite losing 10 seats, the Social Democratic Party of Germany remained the largest party in the Reichstag, winning 143 of the 577 seats, whilst the Nazi Party dramatically increased its number of seats from 12 to 107.[2]

The two major parties of the Weimar Coalition, SPD and Zentrum (Centre Party) had no high gains or losses – in contrast to their partner DVP, but the two results of the elections seen as dramatic were: NSDAP reaching more than 100 seats, and big gains for the Communists (an additional 23 seats). 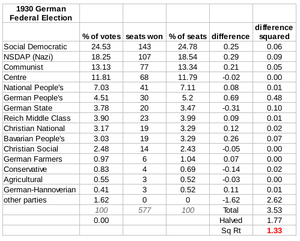 The Gallagher Index result was 1.33