The Germanic Wars is a name given to a series of wars between the Romans and various Germanic tribes between 113 BC and 596 AD. The nature of these wars varied through time between Roman conquest, Germanic uprisings and later Germanic invasions in the Roman Empire that started in the late 2nd century. The series of conflicts, which began in the 5th century under the Western Roman Emperor Honorius, led (along with internal strife) to the ultimate downfall of the Western Roman Empire. 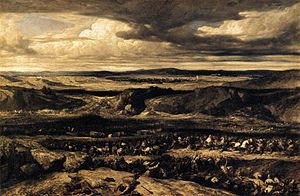 The Defeat of the Cimbri by Alexandre Gabriel Décamps 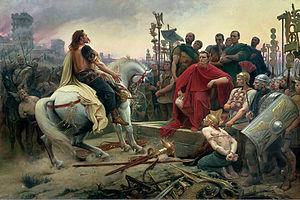 Vercingetorix Throws Down His Arms at the Feet of Julius Caesar by Lionel Noel Royer, 1899 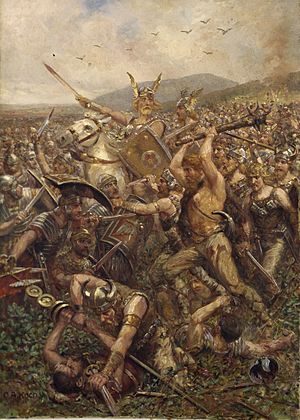 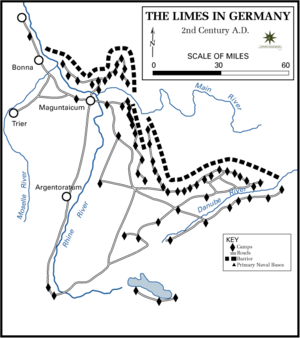 The area (Agri Decumates) between Main and Rhine was evacuated in 259 AD, dozens of Roman camps were abandoned. 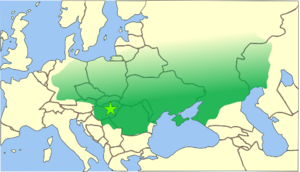 Empire of the Huns, pushing the Germanic tribes over the Limes into the Roman Empire.

For the timeline of events in Britannia after its abandonment by Emperor Valentinian III, see Timeline of conflict in Anglo-Saxon Britain. 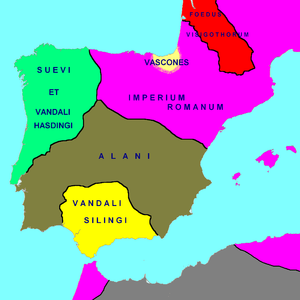 Kingdom of the Vandals (yellow) and their allies the Sarmatian Alans before the Invasion of Roman Africa, c. 418 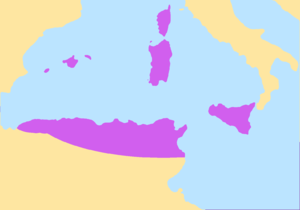 Kingdom of the Vandals in North Africa, c. 429. 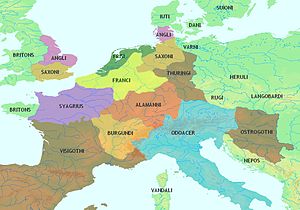 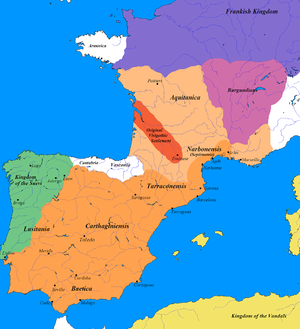 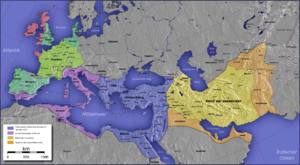 The Byzantine Empire at the End of the Antiquity in 565.