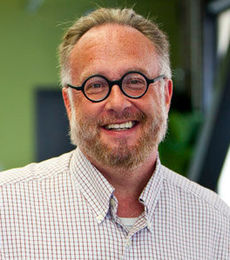 Godwin's law (or Godwin's rule of Nazi analogies)[1][2] is an Internet adage asserting that "As an online discussion grows longer, the probability of a comparison involving Nazis or Hitler approaches 1"[2][3]—​​that is, if an online discussion (regardless of topic or scope) goes on long enough, sooner or later someone will compare someone or something to Adolf Hitler or National Socialism.

Promulgated by American attorney and author Mike Godwin in 1990,[2] Godwin's Law originally referred specifically to Usenet newsgroup discussions.[4] It is now applied to any threaded online discussion, such as Internet forums, chat rooms, and blog comment threads, as well as to speeches, articles, and other rhetoric.[5][6]

In 2012, "Godwin's Law" became an entry in the third edition of the Oxford English Dictionary.[7]

Some people have seen similarities between Godwin's Law and, more generally, people critical of mainstream scientific views being referred to as "flat Earthers" regardless of whether they believe in the flat Earth theory (generally considered to be pseudoscience) or not.[8][9]

There are many corollaries to Godwin's law, some considered more canonical (by being adopted by Godwin himself)[3] than others.[1] For example, there is a tradition in many newsgroups and other Internet discussion forums that once such a comparison is made, the thread is finished and whoever mentioned the Nazis has automatically lost whatever debate was in progress.[10] This principle is itself frequently referred to as Godwin's law.

Godwin's law applies especially to inappropriate, inordinate, or hyperbolic comparisons of other situations (or one's opponent) with National Socialists – often referred to as "playing the Hitler card". The law and its corollaries would not apply to discussions covering known mainstays of National Socialist Germany such as genocide, eugenics, or racial superiority, nor, more debatably, to a discussion of other totalitarian regimes or ideologies, if that was the explicit topic of conversation, because a Nazi comparison in those circumstances may be appropriate, in effect committing the fallacist's fallacy, or inferring that an argument containing a fallacy must necessarily come to incorrect conclusions. Whether it applies to humorous use or references to oneself is open to interpretation, because this would not be a fallacious attack against a debate opponent.

Although falling foul of Godwin's law tends to cause the individual making the comparison to lose his argument or credibility, Godwin's law itself can be abused as a distraction, diversion or even as censorship, fallaciously miscasting an opponent's argument as hyperbole when the comparisons made by the argument are actually appropriate.[11] Similar criticisms of the "law" (or "at least the distorted version which purports to prohibit all comparisons to German crimes") have been made by Glenn Greenwald.[12]

Godwin has stated that he introduced Godwin's law in 1990 as an experiment in memetics.[2]

Godwin's law does not claim to articulate a fallacy; it is instead framed as a memetic tool to reduce the incidence of inappropriate hyperbolic comparisons. "Although deliberately framed as if it were a law of nature or of mathematics, its purpose has always been rhetorical and pedagogical: I wanted folks who glibly compared someone else to Hitler or to Nazis to think a bit harder about the Holocaust", Godwin has written.[13] In December, 2015, Godwin cited several articles on Republican presidential candidate Donald J. Trump for their Nazi and Fascist comparisons.[14]

This audio file was created from a revision of the "Godwin's Law" article dated 2005-07-01, and does not reflect subsequent edits to the article. (Audio help)
More spoken articles
Retrieved from "https://infogalactic.com/w/index.php?title=Godwin%27s_Law&oldid=726444841"
Categories:
Hidden categories: