The company was named after American Charles Goodyear, inventor of vulcanized rubber. The first Goodyear tires became popular because they were easily detachable and required little maintenance.[citation needed]

Goodyear is also known for the Goodyear Blimp. The first Goodyear blimp flew in 1925. Today it is one of the most recognizable advertising icons in America.[2] The company is the most successful tire supplier in Formula One history, with more starts, wins, and constructors' championships than any other tire supplier.[3] They pulled out of the sport after the 1998 season. It is the sole tire supplier for NASCAR series.

Goodyear is a former component of the Dow Jones Industrial Average.[4] The company opened a new global headquarters building in Akron in 2013.

The first Goodyear factory opened in Akron, Ohio, in 1898. The thirteen original employees manufactured bicycle and carriage tires, rubber horseshoe pads, and poker chips. The company grew with the advent of the automobile.

In 1901 Frank Seiberling provided Henry Ford with racing tires. In 1903, Paul Weeks Litchfield was granted a patent for the first tubeless automobile tire. By 1908 Ford was outfitting his Model T with Goodyear tires. In 1909 Goodyear manufactured its first aircraft tire.[5]

In 1911 Goodyear started experimenting with airship design. It later manufactured airships and observation balloons for the United States Army Air Service during World War I. The transport and reconnaissance capabilities that Goodyear provided contributed significantly to the Allied victory.

In 1916, Litchfield found land in the Phoenix area suitable for growing long-staple cotton, needed for reinforcing rubber in tires. The 36,000 acres purchased were controlled by the Southwest Cotton Company, formed with Litchfield as president. (This included land that would develop into the towns of Goodyear and Litchfield Park.)

In 1924, Litchfield, as Goodyear Vice President, forged a joint venture with the German Luftschiffbau Zeppelin Company to form the Goodyear-Zeppelin Corporation.

By 1926 Goodyear was the largest rubber company in the world. Only four years earlier it was forced to temporarily halt production of racing tires due to heavy competition. Nevertheless, the popularity of the Goodyear tire on the racing circuit led to a popular demand for the return of the brand.

File:PaulLitchfield.jpg
Paul Litchfield, inventor of the tubeless car tire who promoted the Zeppelin partnership and later became Goodyear president and board chairman.

On August 5, 1927, Goodyear had its initial public offering and was listed on the New York Stock Exchange.[6]

By 1930 Goodyear had pioneered what would later become known as "tundra tires" for smaller aircraft — their so-called low inflation pressure "airwheel" aviation wheel-rim/tire sets were initially available in sizes up to 46 inches (117 cm) in diameter.[7]

For the next sixty years Goodyear grew to become a multinational corporation with multibillion-dollar earnings. It acquired their rival Kelly-Springfield Tire in 1935. During World War II Goodyear manufactured F4U Corsair fighter planes for the U.S. Military. Goodyear ranked 30th among United States corporations in the value of wartime production contracts.[8] WWII forced the dissolution of the Goodyear-Zeppelin partnership in December 1940. By 1956 they owned and operated a nuclear processing plant in Ohio.

Sales for 1969 topped $3 billion, five years later sales topped $5 billion and it boasted operations in thirty-four countries. In 1978 the original Akron plant was converted into a Technical Center for research and design. By 1985 worldwide sales exceeded $10 billion.

Goodyear Aerospace, a holding that developed from the Goodyear Aircraft Company after World War II designed a supercomputer for NASA's Goddard Spaceflight Center in 1979, the MPP. The subsidiary was sold in 1987 to the Loral Corp. as a result of restructuring.

In October 1986 Goodyear was a victim of a Greenmail attack. British financier James Goldsmith in conjunction with the investment group Hanson purchased 11.5% of Goodyear's outstanding common stock.[10] They threatened to take the company over. On November 20, 1986, Goodyear acquired all of the 12,549,400 shares of stock held by Goldsmith's group at an above-market price of $49.50 per share.[11] Goodyear also made a tender offer for up to 40 million shares of its stock from other shareholders at $50 per share. The tender offer resulted in Goodyear buying 40,435,764 shares of stock in February 1987.

As a result, Goodyear took a charge of $224.6 million associated with a massive restructuring plan. The company closed plants in Cumberland, Maryland; New Toronto, Ontario, Canada; and Windsor, Vermont. It sold its Goodyear Aerospace business to Loral Corporation for $588 million and its Motor Wheel business to MWC Inc. for $175 million. Two subsidiaries involved in agricultural products, real estate development, and a resort hotel in Arizona were sold for $220.1 million.

The last major restructuring of the company took place in 1991. Goodyear hired Stanley Gault, former CFO of Rubbermaid to expand the company into new markets. The moves resulted in 12,000 employees being laid off.

In 2005, Titan Tire purchased the farm tire business of Goodyear, and continues manufacturing Goodyear agricultural tires under license. This acquisition included the plant in Freeport, Illinois.[12]

On July 10, 2008, Goodyear was recognized as one of America’s most respected companies by the Reputation Institute (RI) and Forbes magazine. Goodyear ranked 16th on the magazine’s third annual listing of companies with the best reputations in the United States.[13]

The list is based on the results RI’s Global Pulse consumer opinion survey, which measures the overall respect, trust, esteem, admiration and good feelings consumers hold toward the world’s largest companies.[14]

Scores are based on RI’s seven dimensions of reputation: products/services, innovation, workplace, citizenship, governance, leadership and performance. RI said the 2008 survey indicates that consumers are most influenced by a company’s high-quality products and services as well as its governance and citizenship.

Goodyear’s score of 76.0, represented a 7.54 point increase over 2007 and was the largest year-over-year improvement of any company on the list. Goodyear is the only tire company on the top-75 list.

The recognition from RI and Forbes is the fifth significant honor for Goodyear in 2008. The company was named the world’s most admired company in the motor vehicle parts industry by Fortune magazine.[15] Audit Integrity Inc. and Forbes magazine ranked Goodyear sixth on their list of America’s most trustworthy companies.[16] The Wall Street Journal recognized Goodyear for leading shareholder return for the past five years in the automotive category. Goodyear was also ranked among the Top 100 Corporate Citizens selected by CRO magazine.[17]

The company announced in summer 2009 that it will close its tire plant in the Philippines as part of a strategy to address uncompetitive manufacturing capacity globally by the end of the third quarter.[18]

Goodyear announced plans to sell the assets of its Latin American off-road tire business to Titan Tire for US$98.6 million, including the plant in Sao Paulo, Brazil and a licensing agreement that allows Titan to continue manufacturing under the Goodyear brand. This deal is similar to Titan's 2005 purchase of Goodyear's US farm tire assets.[19][20]

In 2011, more than 70 years after the dissolution of the Goodyear-Zeppelin Corporation, it is announced that Goodyear will partner with Zeppelin again (the legacy company Zeppelin Luftschifftechnik) to build more zeppelins together.[21]

The Goodyear Tire & Rubber Company is structured into the following units:

Former Board members include James C. Boland and Rodney O'Neal. Richard Kramer is the chief executive officer and president of the company (since 2010), succeeding Robert J. Keegan.

Lilly Ledbetter was a supervisor at Goodyear Tire and Rubber’s plant in Gadsden, Alabama, from 1979 until her retirement in 1998. For most of those years, she worked as an area manager, a position largely occupied by men. Initially, Ledbetter’s salary was in line with the salaries of men performing substantially similar work. Over time, however, her pay slipped in comparison to the pay of male area managers with equal or less seniority. By the end of 1997, Ledbetter was the only woman working as an area manager and the pay discrepancy between Ledbetter and her 15 male counterparts was stark: Ledbetter was paid $3,727 per month; the lowest paid male area manager received $4,286 per month, the highest paid, $5,236.[25]

Lilly Ledbetter sued Goodyear claiming she was paid less than men doing the same work. She won the suit and was awarded $360,000, the jury deciding that Goodyear had clearly engaged in discrimination. The case was appealed to the Supreme Court. In Ledbetter v. Goodyear Tire & Rubber Co., 550 U.S. ___ (2007), Justice Alito held for the five-justice majority that employers are protected from lawsuits over race or gender pay discrimination if the claims are based on decisions made by the employer 180 days ago or more. The United States Congress overturned this decision by passing the Lilly Ledbetter Fair Pay Act of 2009 which was the first bill signed into law by President Obama.[26]

This was a case of statutory rather than constitutional interpretation. The plaintiff in this case, Lilly Ledbetter, characterized her situation as one where "disparate pay is received during the statutory limitations period, but is the result of intentionally discriminatory pay decisions that occurred outside the limitations period." In rejecting Ledbetter's appeal, the Supreme Court said that "she could have, and should have, sued" when the pay decisions were made, instead of waiting beyond the 180-day statutory charging period.

Justice Ginsburg dissented from the opinion of the Court,[25] joined by Justices Stevens, Souter, and Breyer. She argued against applying the 180-day limit to pay discrimination, because discrimination often occurs in small increments over large periods of time. Furthermore, the pay information of fellow workers is typically confidential and unavailable for comparison. Ginsburg argued that pay discrimination is inherently different from adverse actions, such as termination. Adverse actions are obvious, but small pay discrepancy is often difficult to recognize until more than 180 days of the pay change. Ginsburg argued that the broad remedial purpose of the statute was incompatible with the Court's "cramped" interpretation. Her dissent asserted that the employer had been, "Knowingly carrying past pay discrimination forward" during the 180-day charging period, and therefore could be held liable.

Researchers at the University of Massachusetts Amherst identified Goodyear as the 19th-largest corporate producer of air pollution in the United States, with roughly 4.16 million lbs of toxins released into the air annually. Major pollutants included sulfuric acid, cobalt compounds, and chlorine.[27] The Center for Public Integrity reports the Goodyear has been named as a potentially responsible party in at least 54 of the nation's Superfund toxic waste sites.[citation needed] On February 8, 2008, Goodyear announced the launch of an environmentally friendly tire produced using a cornstarch-based material. The Goodyear Eagle LS2000 partially replaces the traditional carbon black and silica with filler materials derived from corn starch thanks to "BioTRED compounding technology". The new technology increases the tires "flexibility and resistance to energy loss", which extend the tires life-span and lessen the impact on the environment.[28] Similarly, Goodyear announced on April 22, 2008 that it had joined the U.S. Environmental Protection Agency's SmartWay Transport Partnership. The transport partnership is an attempt between the truck transportation industry and the EPA to reduce air pollution and greenhouse emissions as well as increase energy efficiency. The SmartWay partnership's tractors and trailers will use Goodyear's Fuel Max linehaul tires that increase fuel efficiency while reducing emissions. According to Goodyear and EPA officials "the fuel-efficient line-haul tires deliver up to 4% improved truck fuel economy, and when used with other SmartWay-qualified components, each 18- wheel tractor and trailer used in long-haul can produce savings of up to 4,000 gallons per year, or more than $11,000 annually."[29]

Goodyear's plants in Aurangabad and Ballabhgarh, India have received recognition for their excellence in energy conservation, efficiency and management with awards from both state and national governments.[30]

On February 24, 2015, Goodyear agreed to pay more than $16 million to settle Foreign Corrupt Practices Act "FCPA" charges that two of its African subsidiaries allegedly paid $3.2 million in bribes that generated $14,122,535 in illicit profits.[31] The U.S. Securities and Exchange Commission "SEC" FCPA charges involved Goodyear subsidiaries in Kenya and Angola for allegedly paying bribes to government and private-sector workers in exchange for sales in each country.[32] According to the SEC because "Goodyear did not prevent or detect these improper payments because it failed to implement adequate FCPA compliance controls at its subsidiaries" and, for the Kenyan subsidiary, "because it failed to conduct adequate due diligence" prior to its acquisition. It was not alleged that Goodyear had any involvement with or knowledge of its subsidiaries’ improper conduct.[33] 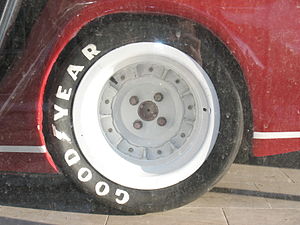 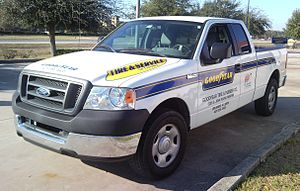