The elected ten-member North Carolina Council of State is composed of:

The nine North Carolina Cabinet departments are the: 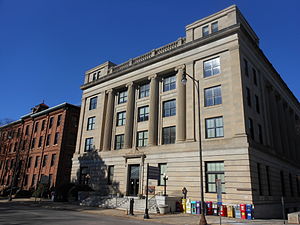 The Department of Agriculture Building in Raleigh 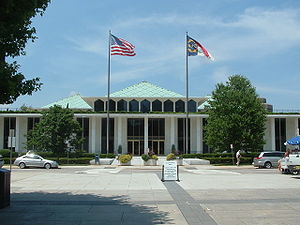 The state court system is led by the Supreme Court of North Carolina, the state supreme court, which consists of seven justices. The North Carolina Court of Appeals is the state's intermediate appellate court and consists of fifteen judges who rule in rotating panels of three. Together, the Supreme Court and Court of Appeals constitute the appellate division of the court system. 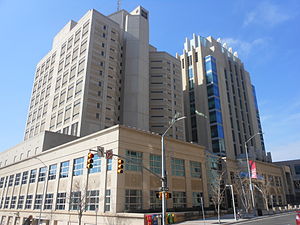 The District Court is a court of limited jurisdiction. It has original jurisdiction over family law matters (divorce, child custody, child support); civil claims involving less than $10,000; criminal cases involving misdemeanors and lesser infractions; and juvenile cases involving children under the age of 16 who are delinquent and children under the age of 18 who are undisciplined, dependent, neglected, or abused. Magistrates of the District Court may accept guilty pleas for minor misdemeanors, accept guilty pleas for traffic violations, and accept waivers of trial for worthless check and other charges. In civil cases, the magistrate is authorized to try small claims involving up to $5,000 including landlord-tenant and eviction cases. Magistrates also perform civil marriages. District Court only conduct bench trials, with no jury.