It was at first simply a renaming of the New Andalusia Governorate and included all of the land between 470 and 670 leagues south of the mouth of the Río Santiago along the Pacific coast. After 1617, Paraguay was separated under a separate administration (Asunción had been the capital of the governorate since Juan de Ayolas.) 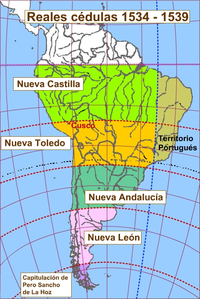 The adelantado grants of Charles V prior to the establishment of the Viceroyalty of Peru.

Governors of the Rio de la Plata and Paraguay 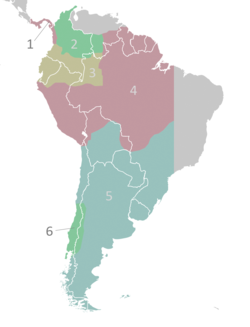 The audiencias of the Viceroyalty of Peru c.1650. The Audience of Charcas is section 5.[1]