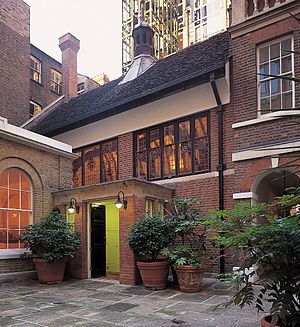 Gresham College is an institution of higher learning located at Barnard's Inn Hall off Holborn in central London, England. It was founded in 1597 under the will of Sir Thomas Gresham, and it hosts over 140 free public lectures every year.

Sir Thomas Gresham, founder of the Royal Exchange, left his estate jointly to the City of London Corporation and to the Mercers' Company, which today support the college through the Joint Grand Gresham Committee under the presidency of the Lord Mayor of London. Gresham's will provided for the setting up of the College – in Gresham's mansion in Bishopsgate, on the site now occupied by Tower 42, the former NatWest Tower – and endowed it with the rental income from shops sited around the Royal Exchange, which Gresham had established.

The early success of the College led to the incorporation of the Royal Society in 1663,[1] which pursued its activities at the College in Bishopsgate before moving to its own premises in Crane Court in 1710. The College remained in Gresham's mansion in Bishopsgate until 1768, and moved about London thereafter until the construction in 1842 of its own buildings in Gresham Street EC2. Gresham College did not become part of the University of London on the founding of the University in the 19th century, although a close association between the College and the University persisted for many years. Since 1991, the College has operated at Barnard’s Inn Hall, Holborn EC1. 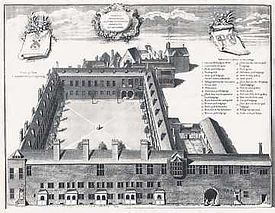 The seven original Gresham College Professorships that date back to the origins of the college are as follows:

These original endowed chairs reflect the curriculum of the medieval university (the trivium and quadrivium); but as a place for the public and frequent voicing of new ideas, the college played an important role in the Enlightenment and in the formation of the Royal Society. Early distinguished Gresham College professors included Christopher Wren, who lectured on astronomy in the 17th century and Robert Hooke, who was Professor of Geometry from 1665 until 1704.[2]

The professors received £50 a year, and the terms of their position were very precise, for example:

The geometrician is to read as followeth, every Trinity term arithmetique, in Michaelmas and Hilary terms theoretical geometry, in Easter term practical geometry. The astronomy reader is to read in his solemn lectures, first the principles of the sphere, and the theory of the planets, and the use of the astrolabe and the staff, and other common instruments for the capacity of mariners.[3]

Today three further Professorships have been added to take account of areas not otherwise covered by the original Professorships:

The professors currently hold their positions for three years,[7] extendable for a fourth year, and give six lectures a year. There are also regular visiting professors appointed to give series of lectures at the College, and a large number of single-lecture speakers.

Since 2000, the college regularly welcomes visiting speakers who deliver lectures on topics outside its usual range, and it also hosts occasional seminars and conferences. Today the college provides over 140 lectures a year, all of which are free and open to the public.

Although many of the lectures are held in Barnard’s Inn Hall, the majority are now held in the lecture hall at the Museum of London, for reasons of capacity.

Since 2001, the college has been recording its lectures and releasing them online in what is now an archive of over 1,000 lectures. Annual lectures of particular note hosted by the college include: the Gresham Special Lecture, the Sir Thomas Gresham Docklands Lecture, the Annual Lord Mayor’s Lecture, the Gray’s Inn Reading and the Boyle Lecture.

The College does not enroll any students and awards no degrees.

Excerpts from the Last Will of Sir Thomas Gresham (1575) 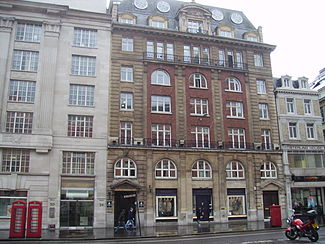 THIS IS THE LASTE WILL WRITTEN and disposition of me Sir Thomas Gresham of the cittye of London knighte, concerninge all my mannors, landes, tenementes, and hereditamentes, mentioned and conteyned in one quadripartite indenture, made betweene me the said Sir Thomas Gresham and dame Anne my wife on the one partye, and Phillippe Scudamore gent. and Thomas Celey on thother partie, dated the 20 day of May, in the seaventeenth yere of the raigne of our soveraigne lady queene Elizabeth....

AND I will and dispose, that ... the said maior and corporation of the said cittye [London] ... shall give and distribute to and for the sustentation, mayntenaunce, and findinge foure persons from tyme to tyme to be chosen, nominated, and appointed by the said maior and cominalty and cittezens and theire successors, mete to read the lectures of divynitye, astronomy, musicke, and geometry, within myne owne dwellinge house in the parishe of St. Hellynes in Bishopsgate streete and St. Peeters the pore in the cittye of London ... the somme of two hundred pounds of lawfull money of England, in manner and forme followinge, viz. to every of the said readers for the tyme beinge the somme of fifty pounds of lawfull money of England yerely, for theire sallaries and stipendes, mete for foure sufficiently learned to read the said lectures; the same stipendes and sallaries, and every of them, to be paid at two usuall tearmes in the yere yerely, that is to say, at the feastes of thannunciation of St. Mary the Virgin and of St. Mighell tharchangell, by even portions to be paid....

AND ... that they and theire successors every yere yerely shall give, and pay, and distribute to and for the findinge, sustentation and maynetenaunce of three persons, by them the said wardeins and cominalty and theire successors from tyme to tyme to be chossen and appointed, meete to reade the lectures of law, phissicke, and rethoricke, within myne nowe dwellinge house in the parrishe of St. Hellyns in Bishopesgate streete and St. Peters the pore, in the said cittye of London ... the somme of one hundred and fifty poundes of lawfull money of England, in manner and forme followinge, viz. to every of the said readers for the tyme beinge the somme of fiftye poundes, for theire sallaries and stipendes, mete for three sufficiently learned to reade the said lectures, at two usuall tearmes in the yere, that is to say, at the feast of thannunciation of the blessed Virgin Marye and of St. Mighell the Archangell, by even portions to be paid....

AND ... shall permitte and suffer seaven persons, by them from tyme to tyme to be elected and appointed in manner and forme aforesaid, meete and sufficiently learned to reade the said seaven lectures, to have the occupation of all my said mansion house, gardeins, and of all other thappurtenaunces, for them and every of them there to inhabite, study, and daylie to reade the said severall lectures. And my will is, that none shall be chossen to reade any of the said lectures, so longe as he shall be married, nor be suffered to reade any of the said lectures after that he shalbe married, neither shall receave any fee or stipend appointed for the readinge of the said lectures....

Sir Thomas Gresham's grasshopper crest, used as a symbol of the College

IN WITNES whereof I the said Sir Thomas Gresham have written this will all with myne owne hand, and to each of the eight leaves have subscribed my name ; and to a labell fixed there unto all the eight leaves have setto my seal with the grasshopper, the 5 day of July, in the seventeenth yere of the raigne of our soveraigne lady queene Elizabeth, and in the yere of our Lord God, ann. 1575.

By me THOMAS GRESHAM

Witnesses to this last will and testament of the said Sir Thomas Gresham the persons whose names be subscribed,