Griggs v. Duke Power Co., 401 U.S. 424 (1971), was a court case argued before the Supreme Court of the United States on December 14, 1970. It concerned employment discrimination and the adverse impact theory, and was decided on March 8, 1971. It is generally considered the first case of its type.[2]

The Supreme Court ruled that the company's employment requirements did not pertain to applicants' ability to perform the job, and so were discriminating against black employees. The judgment famously wrote that "Congress has now provided that tests or criteria for employment or promotion may not provide equality of opportunity merely in the sense of the fabled offer of milk to the stork and the fox."[2]

The effect of this decision has been to eliminate aptitude tests from the hiring process. During the intervening years, the college diploma has become the "de facto" tool by HR departments to winnow the flood of applications. Many jobs today require a college diploma, while before Griggs the same job did not.

Duke Power Company was a public utility corporation that was involved in the generation, transmission, distribution, and sale of electric power to the general public in North Carolina and South Carolina. Duke Power also supplied electric power to federal government agencies and, for that reason, was subject to an Executive Order that prohibited discrimination in employment. [3] In the 1950s Duke Power's Dan River plant had a policy that blacks were allowed to work only in its Labor department, which constituted the lowest-paying positions in the company.[1] In 1955 the company added the requirement of a high school diploma for its higher paid jobs.[4]

The Supreme Court ruled that under Title VII of the Civil Rights Act, if such tests disparately impact ethnic minority groups, businesses must demonstrate that such tests are "reasonably related" to the job for which the test is required. Because Title VII is passed pursuant to Congress's power under the Commerce Clause of the Constitution, the disparate impact test later articulated by the Supreme Court in Washington v. Davis, 426 US 229 (1976) is inapplicable. (The Washington v. Davis test for disparate impact is used in constitutional equal protection clause cases while Title VII's prohibition on disparate impact is a statutory mandate.) As such, Title VII of the Civil Rights Act prohibits employment tests (when used as a decisive factor in employment decisions) that are not a "reasonable measure of job performance," regardless of the absence of actual intent to discriminate. Since the aptitude tests involved, and the high school diploma requirement, were broad-based and not directly related to the jobs performed, Duke Power's employee transfer procedure was found by the Court to be in violation of the Act. 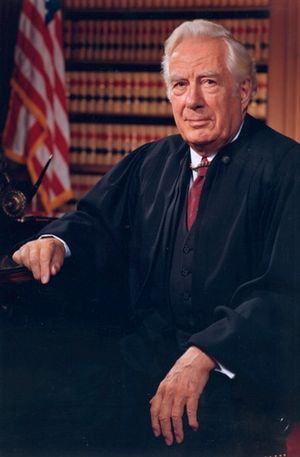 The Court of Appeals' opinion, and the partial dissent, agreed that, on the record in the present case, "whites register far better on the Company's alternative requirements" than Negroes.[6] 420 F.2d 1225, 1239 n. 6. This consequence would appear to be directly traceable to race. Basic intelligence must have the means of articulation to manifest itself fairly in a testing process. Because they are Negroes, petitioners have long received inferior education in segregated schools, and this Court expressly recognized these differences in Gaston County v. United States, 395 U.S. 285 (1969). There, because of the inferior education received by Negroes in North Carolina, this Court barred the institution of a literacy test for voter registration on the ground that the test would abridge the right to vote indirectly on account of race. Congress did not intend by Title VII, however, to guarantee a job to every person regardless of qualifications. In short, the Act does not command that any person be hired simply because he was formerly the subject of discrimination, or because he is a member of a minority group. Discriminatory preference for any group, minority or majority, is precisely and only what Congress has proscribed. What is required by Congress is the removal of artificial, arbitrary, and unnecessary barriers to employment when the barriers operate invidiously to discriminate on the basis of racial or other impermissible classification.

Congress has now provided that tests or criteria for employment or promotion may not provide equality of opportunity merely in the sense of the fabled offer of milk to the stork and the fox. On the contrary, Congress has now required that the posture and condition of the job seeker be taken into account. It has -- to resort again to the fable -- provided that the vessel in which the milk is proffered be one all seekers can use. The Act proscribes not only overt discrimination, but also practices that are fair in form, but discriminatory in operation. The touchstone is business necessity. If an employment practice which operates to exclude Negroes cannot be shown to be related to job performance, the practice is prohibited.

On the record before us, neither the high school completion requirement nor the general intelligence test is shown to bear a demonstrable relationship to successful performance of the jobs for which it was used. Both were adopted, as the Court of Appeals noted, without meaningful study of their relationship to job performance ability. Rather, a vice-president of the Company testified, the requirements were instituted on the Company's judgment that they generally would improve the overall quality of the workforce.

The evidence, however, shows that employees who have not completed high school or taken the tests have continued to perform satisfactorily, and make progress in departments for which the high school and test criteria are now used.[7] The promotion record of present employees who would not be able to meet the new criteria thus suggests the possibility that the requirements may not be needed even for the limited purpose of preserving the avowed policy of advancement within the Company. In the context of this case, it is unnecessary to reach the question whether testing requirements that take into account capability for the next succeeding position or related future promotion might be utilized upon a showing that such long-range requirements fulfill a genuine business need. In the present case, the Company has made no such showing.

The Court of Appeals held that the Company had adopted the diploma and test requirements without any "intention to discriminate against Negro employees." 420 F.2d at 1232. We do not suggest that either the District Court or the Court of Appeals erred in examining the employer's intent; but good intent or absence of discriminatory intent does not redeem employment procedures or testing mechanisms that operate as "built-in headwinds" for minority groups and are unrelated to measuring job capability.

The Company's lack of discriminatory intent is suggested by special efforts to help the undereducated employees through Company financing of two-thirds the cost of tuition for high school training. But Congress directed the thrust of the Act to the consequences of employment practices, not simply the motivation. More than that, Congress has placed on the employer the burden of showing that any given requirement must have a manifest relationship to the employment in question.

The facts of this case demonstrate the inadequacy of broad and general testing devices, as well as the infirmity of using diplomas or degrees as fixed measures of capability. History is filled with examples of men and women who rendered highly effective performance without the conventional badges of accomplishment in terms of certificates, diplomas, or degrees. Diplomas and tests are useful servants, but Congress has mandated the common sense proposition that they are not to become masters of reality.

Justice Ginsburg's dissent in Ricci v. DeStefano suggests that the Griggs conclusion (that Congress aimed beyond “disparate treatment”; it targeted “disparate impact” as well and proscribed not only overt discrimination but also practices that are fair in form, but discriminatory in operation) has been effectively overturned by the Ricci decision.

Although private employers with 15 or more employees need to be careful, it was held in Washington v. Davis, 426 U.S. 229 (1976)[1], that public employers, such as police departments, enjoy sovereign immunity.[10]