Groom of the Stool 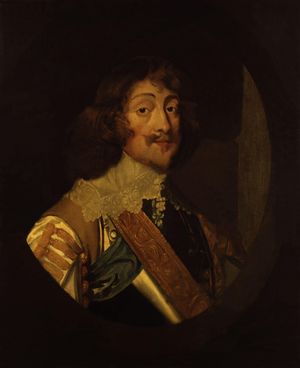 Henry Rich, 1st Earl of Holland, Groom of the Stole to Charles I, until 1643. 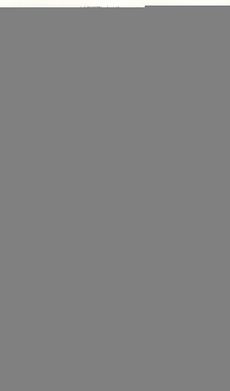 The Groom of the Stool (formally styled: "Groom of the King's Close Stool") was the most intimate of an English monarch's courtiers, responsible for assisting the king in the performance of the bodily functions of excretion and ablution.

The physical intimacy of the role naturally led to him becoming a man in whom much confidence was placed by his royal master and with whom many royal secrets were shared as a matter of course. This secret information—whilst it would never have been revealed, to the discredit of his honour—in turn led to him becoming feared and respected and therefore powerful within the royal court in his own right. The office developed gradually over decades and centuries into one of administration of the royal finances, and under Henry VII, the Groom of the Stool became a powerful official involved in setting national fiscal policy, under the "chamber system".[1][2]

The Groom of the Stool was, in the earliest times, a male servant in the household of an English monarch who was responsible for assisting the king in the performance of the bodily functions of excretion and ablution, whilst maintaining an aura of royal decorum over the proceedings. The appellation "Groom of the Close Stool" derived from "stool", the item of furniture now called a commode used in the performance of the function[3] (Stul being Norse and Early English for chair) and "close" because it was used in a closed and private room. It also appears as "Grom of the Stole" as the word "Groom" comes from the Old Low Franconian word "Grom".[4][5]

In the Tudor Era

By the Tudor age, the Groom of the Stool was a substantial figure like Hugh Denys (d.1511) who was a member of the Gloucestershire gentry, married to an aristocratic wife, and who died possessing at least four manors. The function had been transformed into that of a virtual minister of the royal treasury, being then an essential figure in the king's management of fiscal policy.[6][7][8]

In the early years of Henry VIII's reign, the title was awarded to court companions of the king who spent time with him in the privy chamber. These were generally the sons of noblemen or important members of the gentry. In time they came to act as virtual personal secretaries to the king, carrying out a variety of administrative tasks within his private rooms. The position was an especially prized one, as it allowed one unobstructed access to the king.[9]:42 David Starkey writes: "The Groom of the Stool had (to our eyes) the most menial tasks; his standing, though, was the highest ... Clearly then, the royal body service must have been seen as entirely honourable, without a trace of the demeaning or the humiliating."[10] Further, "the mere word of the Gentleman of the Privy Chamber was sufficient evidence in itself of the king's will", and the Groom of the Stool bore "the indefinable charisma of the monarchy".[11]

In 1558, the male domination of royal private quarters came to an end, and Kat Ashley was appointed First Lady of the Bedchamber by Elizabeth I of England, a position that put her "in charge of the bedchamber", a duty formerly performed by the Groom of the Stool.[12] The office effectively came to an end when it was "neutralised" in 1559.[8]

The office was exclusively one serving male monarchs, so on the death of Elizabeth and the accession of James I the office was revived. The holder of the position became in the Stuart Era (17th century) the senior Lord of the Bedchamber, always a great nobleman (having become the equivalent appointment in the household of the king or prince-consort of the queen's Mistress of the Robes). The position had considerable power because of its intimate access to the king. During the reign of Charles I the term "stool" appears to have lost its original signification of chair, more particularly commode. The office fell into disuse with the accession of Queen Victoria, and made only a brief final appearance early in the reign of her successor, with the spelling having been altered to "stole", from the Latin stola, a long outer garment or robe worn by Roman ladies, and male flute players at the festival of Minerva.[13] The Tudor historian David Starkey classes this change as classic Victorianism:

"When the Victorians came to look at this office, they spelt it s-t-o-l-e, and imagined all kinds of fictions about elaborate robes draped around the neck of the monarch at the coronation."[14]

The office was finally discontinued following the accession of King Edward VII in 1901, to whom a Groom of the Stole had been appointed while he was Prince of Wales.

Often when the visit of a modern[when?] monarch is planned, for example during the construction of a new building, a special royal lavatory pavilion is built for the occasion.[15][16][9]:81

Grooms of the Stool under Henry VII

Grooms of the Stool under Henry VIII

Heneage and Denny, as servants 'whom he used secretly about him', were privy to Henry VIII's most intimate confidences about Anne of Cleves. He told them he doubted her virginity, on account of 'her brests so slacke'.[19]

Grooms of the Stole to Edward VI

Grooms of the Stole to Charles I

Grooms of the Stole to Henrietta Maria of France

Grooms of the Stole to Charles II

Grooms of the Stole to James II

Grooms of the Stole to William III

Grooms of the Stole to Queen Anne

Grooms of the Stole to Prince George

Grooms of the Stole to George I

Grooms of the Stole to George II

Grooms of the Stole to George III

Grooms of the Stole to George IV

Grooms of the Stole to William IV

Grooms of the Stole to Prince Albert

Grooms of the Stole to Albert Edward, Prince of Wales