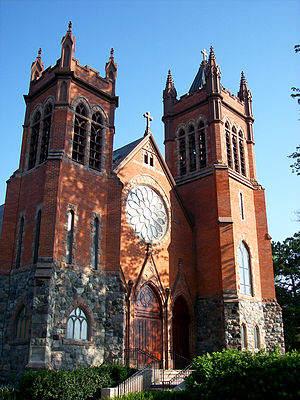 Grosse Pointe refers to an affluent coastal area in Metro Detroit, Michigan, USA, that comprises five adjacent individual communities. From southwest to northeast, they are:

The terms "Grosse Pointe" or "the Pointes" are ordinarily used to refer to the entire area, referencing all five individual communities, with a total population of about 46,000. The Grosse Pointes altogether are 10.4 square miles, bordered by Detroit on the south and west, Lake St. Clair on the east and south, Harper Woods on the west of some portions, and St. Clair Shores on the north. The cities are in eastern Wayne County, except for a very small section in Macomb County. The Pointes begin six miles (10 km) northeast of downtown Detroit and extend several miles northeastward, in a narrow swath of land, to the edge of Wayne County. The name "Grosse Pointe" derives from the size of the area, and its projection into Lake St. Clair.[1]

Grosse Pointe is a suburban areas in Metro Detroit, sharing a border with northeast Detroit's historic neighborhoods. Grosse Pointe has many famous historic estates along with remodeled homes and newer construction. On the coast of Lake St. Clair, the area has a waterfront allure. Downtown Grosse Pointe, along Kercheval Avenue from Neff to Cadieux, nicknamed "The Village," serves as a central business district for all five of the Grosse Pointes, although each of them (except Grosse Pointe Shores) has several blocks of retail. Downtown Detroit is just over seven miles (11 km) west of this downtown area, accessed by Jefferson Avenue, or several other cross-streets.

The north-south area along Lake St. Clair generally coincides with the boundaries of the two high schools. The southern areas (basically south and west of Moross Road) feature retail districts. 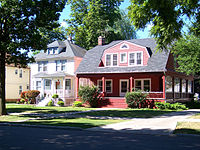 Grosse Pointe, recognized for its historic reputation for scenery and landscape, has grown from a colonial outpost and a fertile area for small orchard owners and farmers to a coastal community with prime real estate chosen for grand estates.

The Grosse Pointes were first settled by French farmers in the 1750s after the establishment of the French Fort Pontchartrain. Members of the British empire began arriving around the time of the Revolutionary War. In the 19th century Grosse Pointe continued to be the site of lakefront ribbon farms (which are long narrow farms that each adjoin the lake, useful for irrigation and early transportation needs). Beginning in the 1850s, wealthy residents of Detroit began building second homes in the Grosse Pointe area, and soon afterward, hunting, fishing, and golf clubs appeared. Some grand estates arose in the late 19th century, and with the dawn of the automobile after 1900, Grosse Pointe became a preferred suburb for business executives in addition to a retreat for wealthy Detroiters. By the 1930s, most of the southern and western areas of Grosse Pointe contained established neighborhoods, with remaining gaps and the northern sections such as Grosse Pointe Woods developing after the 1930s.

A passenger rail line that connected Detroit to Mt. Clemens along the shore was operational by the late 1890s, making Grosse Pointe more accessible. As the automobile became the primary method of transportation and the rail line decommissioned, the vista of what became Lake Shore Drive gradually improved. Lakeside estates are accessed from Lake Shore Drive and Jefferson Avenue.

Over the course of the 20th and 21st centuries, Grosse Pointe has gained a reputation as a notable American suburb; entrepreneurial leadership, recreational activities afforded by the Great Lakes waterway, an international border with Canada, and a focus on quality of education contributed to the successful development of the region. The Russell Alger, Jr., House, at 32 Lake Shore Dr., serves as the Grosse Pointe War Memorial. Grosse Pointe contains fifteen recognized Michigan historical markers.[2] 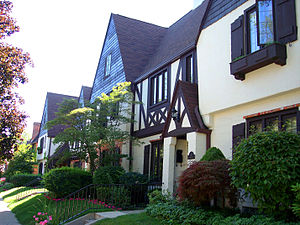 "The Village", concentrated along Kercheval Avenue in Grosse Pointe serves as a central business district for the five Pointes with traditional street-side shopping. The Village has its own Sanders Candy and Dessert Shop, founded by Frederick Sanders Schmidt who opened a store Detroit in 1875. The Village has become a vibrant district with the emergence of mixed-use developments (more information at the Grosse Pointe page). Grosse Pointe Farms is home to "The Hill" district, located on a small bluff, which includes offices, stores, restaurants and the main branch of the public library. Near its "Cabbage Patch" district, Grosse Pointe Park has retail and restaurants on multiple cross-streets, as well as a farmer's market held weekly during the warm months. Grosse Pointe Woods' main business district lies along one of its main roads, Mack Avenue.

The recreational lifestyle historically associated with Grosse Pointe has given rise to many private clubs. The Country Club of Detroit in Grosse Pointe Farms features a notable classic course, tennis, and traditional amenities. The Grosse Pointe Yacht Club, at the intersection of Vernier Rd. and Lakeshore Dr. on Lake St. Clair, is an acclaimed boating club. The Grosse Pointe Club, also called the "Little Club," is a highly exclusive, historic club on the lakefront, on a site where wealthy Detroiters and Grosse Pointers have gathered for recreation since its organization in 1885,[3] when Grosse Pointe was a cottage-town. The Lochmoor Club is another club in Grosse Pointe which has an expansive golf course and other amenities. The Hunt Club is the equestrian club of Grosse Pointe. It houses an impressive number of horses and stables for the suburban area. 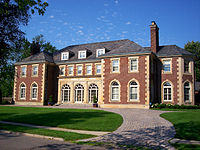 Many prominent Detroiters, members of the Ford family, including Edsel Ford (son of Henry Ford) and his wife, Eleanor Clay Ford, as well as Henry Ford II (grandson of Henry Ford), have chosen to reside in Grosse Pointe. The Edsel and Eleanor Ford House, at 1100 Lake Shore Drive, is open to the public for guided tours.

Newspapers and community organizations generally serve all five cities, as do the public library and school system, but municipal services are separate. The Grosse Pointe News, on a weekly basis, and the Grosse Pointe Times, on a semi-weekly basis, publish local news, though the Detroit Free Press and The Detroit News provide the majority of regional, national and international news. 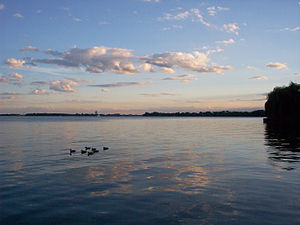 Grosse Pointe is frequently referenced in television, film and literature, often as an icon of wealth and luxury. Grosse Pointe is known for a very preppy lifestyle, including dress, auto, and homes. The classic "preppy/old money" style is extremely popular in the area, a prominent subculture existing alongside an appreciable but less well-known working class in the Grosse Pointes.

The Grosse Pointes are the setting of two novels by award-winning novelist Jeffrey Eugenides: The Virgin Suicides, which is satirical of his high school, University Liggett School, and Middlesex. Grosse Pointe was also featured in Lisa Birnbach's Official Preppy Handbook for its preppy qualities. Included were references to a stereotypical way of speech, the "Grosse Pointe Monotone," and a guide to private clubs and restaurants in the area. A novel, Grosse Pointe Girl, was written by Grosse Pointe native Sarah Grace McCandless.

A number of television programs make reference to the region, most notably Grosse Pointe starring Lindsay Sloane, Bonnie Somerville, and Nat Faxon. It aired on The WB Television Network in 2000 and 2001. In the television series Northern Exposure, pilot Maggie McConnell was a native Grosse Pointer who had moved to Alaska. In the Nickelodeon program Hey Dude, the character of Brad Taylor was from Grosse Pointe. The 1980s "21 Jump Street," with a very young Johnny Depp, mentioned Grosse Pointe in the first season when the show supposedly took place in Detroit. Finally, in an episode of the Simpsons, Homer yells, "Go back to Grosse Pointe" to a bunch of deer that he thinks are fur-coat-wearing tourists.

Grosse Pointe has a significant collection of historic architecture as well as some newer mansions. Albert Kahn designed the Edsel & Eleanor Ford House (1927) at 1100 Lakeshore Dr. in Grosse Pointe.[4] Rose Terrace (1934–1976), the mansion of Anna Dodge, once stood at 12 Lakeshore Dr. in Grosse Pointe. Designed by Horace Trumbauer as a Louis XV styled château, Rose Terrace was an enlarged version of the firm's Miramar in Newport, RI.[5] A developer, the highest bidder for Rose Terrace, demolished it in 1976 to create an upscale neighborhood. This gave a renewed sense of urgency to preservationists.[5] The Dodge Collection from Rose Terrace may be viewed at the Detroit Institute of Arts. The Italian Renaissance styled Russell A. Alger House (1910), at 32 Lakeshore Dr., by architect Charles A. Platt serves as the Grosse Pointe War Memorial.[6] Many noted architects designed works in Grosse Pointe including Albert Kahn, Marcel Breuer, Marcus Burrowes, Chittendon and Kotting, Crombie & Stanton, Wallace Frost, Robert O. Derrick, John M. Donaldson, Louis Kamper, August Geiger, William Kessler, Hugh T. Keyes, George D. Mason, Charles A. Platt, Leonard Willeke, Eliel and Eero Saarinen, Field, Hinchman, and Smith, William Buck Stratton, and Minoru Yamasaki. Included below are examples of some of Grosse Pointe's many historic structures. 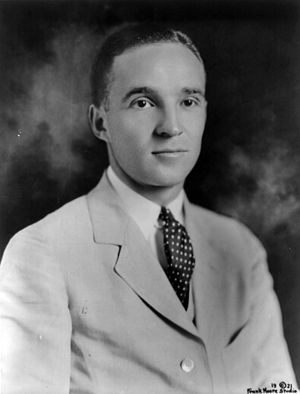 Edsel Ford of Grosse Pointe was the son of Henry Ford and served as the President of the Ford Motor Company. 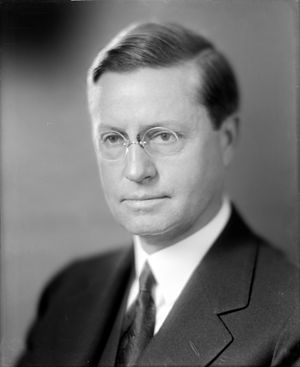 Roy D. Chapin of Grosse Pointe was the founder of the Hudson Motor Car Company and served as U.S. Secretary of Commerce.