Guernésiais, also known as Dgèrnésiais, Guernsey French, and Guernsey Norman French, is the variety of the Norman language spoken in Guernsey. It is sometimes known on the island simply as "patois". As one of the Oïl languages, it has its roots in Latin, but has had strong influence from both Norse and English at different points in its history.

There is intercomprehension (with some difficulty) with Jèrriais-speakers from Jersey and Norman-speakers from mainland Normandy. Guernésiais most closely resembles the Norman dialect of La Hague in the Cotentin Peninsula (Cotentinais).

There is a rich tradition of poetry in the Guernsey language. Guernsey songs were inspired by the sea, by colourful figures of speech, by traditional folk-lore, as well as by the natural beauty of the island. The island's greatest poet was George Métivier (1790–1881), a contemporary of Victor Hugo, who influenced and inspired local poets to print and publish their traditional poetry. Métivier blended local place-names, bird and animal names, traditional sayings and orally transmitted fragments of medieval poetry to create his Rimes Guernesiaises (1831). Denys Corbet (1826–1910) was considered the "Last Poet" of Guernsey French and published many poems in his day in his native tongue in the island newspaper and privately.

The most recent dictionary of Guernésiais, titled "Dictiounnaire Angllais-Guernesiais" (English-Guernsey Dictionary) and published by La Société Guernesiaise, April 1967 (revised edition published 1982), was written by Marie de Garis (1910–2010). In 1999 De Garis received an MBE for her work. 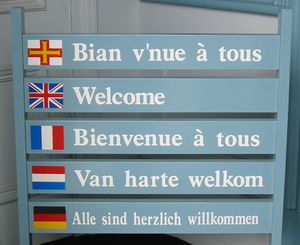 There is little broadcasting in the language, with Channel Television more or less ignoring the language, and only the occasional short feature on BBC Radio Guernsey, usually for learners.

Despite the clear historical development of the Norman languages, many believe that Dgèrnésiais is not a language in its own right, instead viewing it as a dialect of French. As the writing system of Dgèrnésiais is based on that of French, a native French-speaker can understand much of written Dgèrnésiais.

The creation of a Guernsey Language Commission was announced on 7 February 2013[5] as an initiative by government to preserve the linguistic culture. The Commission has operated since Liberation Day, 9 May 2013. 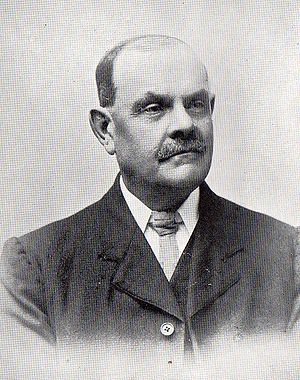 Metathesis of /r/ is common in Guernésiais, by comparison with Sercquiais and Jèrriais.