The Honourable Company of Air Pilots

The Honourable Company of Air Pilots, formerly the Guild of Air Pilots and Air Navigators (GAPAN) is one of the Livery Companies of the City of London.
The Company was founded in 1929, became a Livery Company in 1956 and was granted Honourable status by Her Majesty Queen Elizabeth II in 2014.

Her Majesty the Queen graciously granted Honourable status to the company in February 2014.[1]
HRH The Prince Philip Duke of Edinburgh KG KT formally presented the Royal Charter to the Master of the company HH Judge Tudor Owen at a Banquet held at the London Guildhall on 19 February 2014.

The Company's motto is 'Per Cælum Via Nostra', 'Our Way Is By The Heavens'. 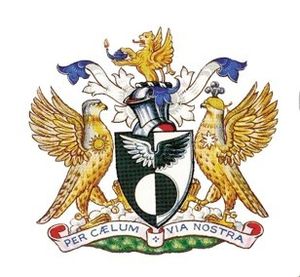 To establish and maintain the highest standards of air safety through the promotion of good airmanship among pilots and navigators.
To maintain a liaison with all authorities connected with licensing, training and legislation affecting pilot or navigator whether private, professional, civil or military.
To constitute a body of experienced airmen available for advice and consultation and to facilitate the exchange of information.
To strive to enhance the status of air pilots and air navigators.
To assist air pilots and air navigators in need through the Benevolent Fund.