The Hamburg massacre (or Hamburg riot) was a key event in South Carolina during July 1876, leading up to the last election season of the Reconstruction era. It was the first of a series of civil disturbances, many of which Democrats planned in the majority-black/Republican Edgefield District, to disrupt Republican meetings and suppress black voting through actual and threatened violence.[1]

Beginning with a dispute nominally over free passage on a public road, this incident was based on racial and political grounds. A court hearing attracted armed white militia numbering more than one hundred, including members of Red Shirts paramilitary groups. They attacked about 30 black militia of the National Guard at the armory, killing two as they tried to leave that night. Later that night the Red Shirts murdered four freedmen of the militia while holding them as prisoners, and wounded several others. In total, the events in Hamburg resulted in the death of one white man and six freedmen; several more blacks were wounded by the white mob. Although 94 white men were indicted for murder by a coroner's jury, none was prosecuted.

The events catalyzed parties to the volatile 1876 election campaign. There were other episodes of white violence in the months before the election, including an estimated 100 blacks killed during several days in Ellenton, South Carolina, also in Aiken County. The Democrats succeeded in "redeeming" the state government and electing Wade Hampton III as governor. During the remainder of the century, they passed laws to establish single-party white supremacist rule, impose legal segregation and "Jim Crow," and disenfranchise blacks by a new constitution in 1895. This exclusion of blacks from the political system was effectively maintained into the late 1960s.

Hamburg was a town in Aiken County, across the Savannah River from Augusta, Georgia. This was the only county in the state to have been organized during the Reconstruction era (Vandervelde 1999). Following the end of the War, the defunct market town was repopulated by freedmen. (It had been superseded by Augusta, which gained a railroad.) Many blacks in the postwar period moved from rural areas to cities to escape white supervision and gain safety in their own communities.

As Democrats sought to regain control of the state legislature, their leaders planned disruption of Republican events as outlined in Confederate veteran General Martin W. Gary's "Plan of the Campaign of 1876" (also known as the Edgefield Plan).[1] On July 4, 1876, Independence Day, two white planters drove in a carriage down Hamburg's wide Market Street, where they encountered the local company of the National Guard for South Carolina, which was drilling (or parading) under command of Captain D. L. "Doc" Adams. The men in the Hamburg company were mostly freedmen. According to a late 19th-century version of the events, the militia company purposely deployed to block the street and deny passage to the white men.(Allen 1888, 314) In another, the white men in the carriage intentionally drove up against the head of the column. In any case, after an exchange of words, the white planters passed through the ranks of the black parade (Haworth 1906, 131 and Allen 1888, 314).

The planters went to the local court where, at a hearing on July 6, they charged the militia with obstruction of a public road before Trial Justice Prince Rivers. The case was continued until the afternoon of July 8. More than 100 whites from Edgefield and Aiken counties arrived at court, armed with "shotguns, revolvers, hoes, axes and pitchforks."[2] At that time Matthew Calbraith Butler, an attorney from Edgefield, appeared as the planters' counsel. (Of the many men surnamed Butler involved in this incident, he was referred to as 'General' Butler based on his service in the Confederate Army.) Despite the lack of any official standing, M. C. Butler demanded that the Hamburg company disband and turn their guns over to him personally (Allen 1888, 314-315).

As armed white men gathered in the vicinity, the militia company refused to disarm. They took refuge in the armory in the Sibley building near the Charlotte, Columbia and Augusta Railroad bridge. The white militia surrounded the building. Perhaps 25 black militia and 15 other freedmen were in the building when firing began. In the exchange of gunfire, McKie Meriwether, a local white farmer, was killed.

Outnumbered, running out of ammunition, and learning the whites had brought a small cannon to the city from Augusta, the militiamen in the armory slipped away into the night. James Cook, Hamburg's Town Marshal, was shot and killed in the street (Budiansky 2008 233-234).

The white militia rounded up around two dozen freedmen, some from the militia, and about 2 a.m. took them to a spot near the South Carolina Railroad and bridge. There the whites formed what was later called the "Dead Ring", and debated the fate of the black men. The whites picked out four men and, going around the ring, murdered them one at a time: Allan Attaway, David Phillips, Hampton Stephens, and Albert Myniart. Several other freedmen were wounded either in escape or in a general fusillade as the ring broke up. According to the state attorney general's report, freedman Moses Parks was also killed here (Allen 1888 316); the US Senate investigation said he had been killed earlier near Cook (Budiansky 2008 233-234). The white militia looted the town and damaged homes and businesses (Budiansky 2008 226-237, Allen 1888 314-317).

A Coroner's jury indicted 94 white men in the attack, including "M. C. Butler, Ben R. Tillman, A. P. Butler and others of the most prominent men in Aiken and Edgefield Counties, South Carolina, and Richmond County, Georgia."[2] They were never prosecuted.

The official report by the Attorney General of South Carolina ends with this statement:

... the facts show the demand on the militia to give up their arms was made by persons without lawful authority to enforce such demand or to receive the arms had they been surrendered; that the attack on the militia to compel a compliance with this demand was without lawful excuse or justification; and that after there had been some twenty or twenty-five prisoners captured and completely in the power of their captors, five of them were deliberately shot to death and three more severely wounded. It further appears that not content with thus satisfying their vengeance, many of the crowd added to their guilt the crime of robbery of defenceless people, and were only prevented from arson by the efforts of their own leaders. (Allen 1888, 317)

Outrage at the events led to the US Senate calling for an investigation. It gathered testimony in hearings held at Columbia, South Carolina and published its findings in 1877.[3] 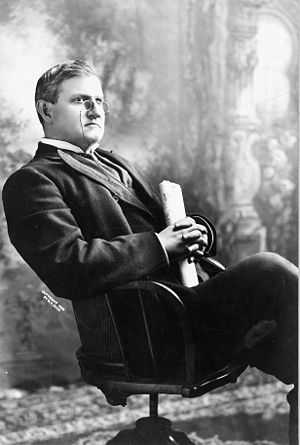 Republicans were stunned by the massacre at Hamburg. The event deflated the "Co-operationist" faction of the Democratic party, which until then had anticipated a fusion with the reforming Republican Governor Daniel H. Chamberlain. Democratic support crystallized around the uncompromising "Straight-Outs," who had already launched the terrorist "Edgefield Plan" devised by General Martin W. Gary for South Carolina's Redemption.[4]

The massacre attracted nationwide attention (e.g. Harper's Weekly, August 12, 1876 and coverage by the New York Times). Whites gained power by the lack of prosecution of perpetrators of the murders. A much larger massacre of freedmen by white paramilitary groups took place from September 15 to 21 in the town of Ellenton, also in Aiken County (Allen 1888, 385-387), with estimates of 100 freedmen killed and a few whites.[5] In October 1876, there was a political conflict in Cainhoy near Charleston, resulting in the deaths of one African-American man and three to six whites, the only such confrontation that year in South Carolina in which more whites died than blacks.[6]

Following the violent and bitterly contested 1876 election campaign, with suppression of black voting by actions of the paramilitary Red Shirts and charges of fraud, white Democrats gained undivided control of the South Carolina legislature and narrowly won the governor's office. They passed laws during the next two decades to impose legal segregation, Jim Crow, and, in 1895, a new constitution that effectively achieved black disenfranchisement in the state.

Aftermath for individuals and town

M. C. Butler's expectations and extent of involvement in the later events have not been proven. He was not conclusively placed in the "Dead Ring", but his association with the massacre damaged his later career in the U. S. Senate (Martin 2001, 226).

Benjamin Ryan Tillman led an Edgefield County paramilitary rifle club who were part of the Red Shirts. He became recognized in the area for his role in the Hamburg Massacre and continued to boast of these "stirring events" of 1876 (Budiansky 2008, 237), referring to this more than a decade later during his 1890 campaign for Governor of South Carolina (Simkins 1944).[7] Tillman was among 94 whites indicted by the coroner's jury, but no one was ever prosecuted for the Hamburg murders.

After these events, many freedmen left Hamburg and it declined for good (Vandervelde 1999:154). After a 1911 flood, Augusta began construction of a river levee (Cashin 1980:210), but Hamburg was left unprotected. Disastrous floods in 1927 and following seasons finally forced out the last residents in 1929. In the 21st century, no visible remains exist of the former town of Hamburg.