Harald Fairhair (Old Norse: Haraldr Hárfagri, Norwegian: Harald Hårfagre; c. 850 – c. 932) is remembered by medieval historians as the first King of Norway. According to traditions current in Norway and Iceland in the twelfth and thirteenth centuries, he reigned from c. 872 to 930. Most of his life remains uncertain, since the extant accounts of his life in the sagas were set down in writing around three centuries after his lifetime. A few remnants of skaldic praise poems attributed to contemporary court poets exist which seem to refer to Harald's victories against opponents in Norway. The information supplied in these poems is inconsistent with the tales in the sagas in which they are transmitted, and the sagas themselves often disagree on the details of his background and biography.[1] Two of his sons, Eric Bloodaxe and Haakon the Good, succeeded Harald to become kings after his death.

The only early sources mentioning him are the two skaldic poems Haraldskvæði and Glymdrápa, which have been attributed to Þorbjörn Hornklofi or alternatively (in the case of the first poem) to Þjóðólfr of Hvinir. The first poem has only been preserved in fragments in 13th century Kings' sagas. It describes life at Harald's court, mentions that he took a Danish wife, and that he won a battle at Hafrsfjord. The second relates a series of battles Harald won.[2]

His life is described in several of the Kings' sagas, none of them older than 12th century. Their accounts of Harald and his life differ on many points, and some of the content may be uncertain but it is clear that in the 12th and 13th centuries Harald was regarded as having unified Norway into one kingdom. Some modern historians have assumed that his rule was limited to the coastal areas of southern Norway though there is no contemporary evidence to support their claim nor any other concerning the life of Harald.

In Heimskringla, which is the most elaborate although not the oldest or most reliable source to the life of Harald, it is written that Harald succeeded, on the death of his father Halfdan the Black Gudrödarson, to the sovereignty of several small, and somewhat scattered kingdoms in Vestfold, which had come into his father's hands through conquest and inheritance. His protector-regent was his mother's brother Guthorm.

The unification of Norway is something of a love story. It begins with a marriage proposal that resulted in rejection and scorn from Gyda, the daughter of Eirik, king of Hordaland. She said she refused to marry Harald "before he was king over all of Norway". Harald was therefore induced to take a vow not to cut nor comb his hair until he was sole king of Norway, and when he was justified in trimming it ten years later, he exchanged the epithet "Shockhead" or "Tanglehair" for the one by which he is usually known.

In 866, Harald made the first of a series of conquests over the many petty kingdoms which would compose all of Norway, including Värmland in Sweden, which had sworn allegiance to the Swedish king Erik Eymundsson. In 872, after a great victory at Hafrsfjord near Stavanger, Harald found himself king over the whole country. His realm was, however, threatened by dangers from without, as large numbers of his opponents had taken refuge, not only in Iceland, then recently discovered; but also in the Orkney Islands, Shetland Islands, Hebrides Islands, Faroe Islands and the northern European mainland. However, his opponents' leaving was not entirely voluntary. Many Norwegian chieftains who were wealthy and respected posed a threat to Harald; therefore, they were subjected to much harassment from Harald, prompting them to vacate the land. At last, Harald was forced to make an expedition to the West, to clear the islands and the Scottish mainland of some Vikings who tried to hide there.[3]

The earliest narrative source which mentions Harald, the 12th century Íslendingabók notes that Iceland was settled during his lifetime. Harald is thus depicted as the prime cause of the Norse settlement of Iceland and beyond. Iceland was settled by "malcontents" from Norway, who resented Harald's claim of rights of taxation over lands, which the possessors appear to have previously held in absolute ownership.

There are several accounts of large feasting mead halls constructed for important feasts when Scandinavian royalty was invited. According to a legend recorded by Snorri Sturluson, in the Heimskringla, the late 9th-century Värmlandish chieftain Áki invited both the Norwegian king Harald Fairhair and the Swedish king Erik Eymundsson, but had the Norwegian king stay in the newly constructed and sumptuous one, because he was the youngest one of the kings and the one who had the greatest prospects. The older Swedish king, on the other hand, had to stay in the old feasting hall. The Swedish king was so humiliated that he killed Áki. 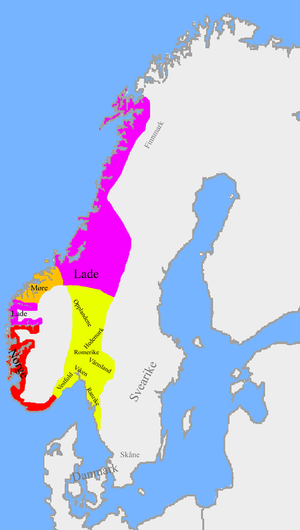 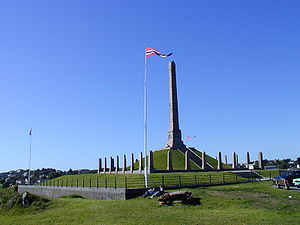 According to the saga sources, the latter part of Harald's reign was disturbed by the strife of his many sons. The number of sons he left varies in the different saga accounts, from 11 to 20. Twelve of his sons are named as kings, two of them over the whole country. He gave them all the royal title and assigned lands to them, which they were to govern as his representatives; but this arrangement did not put an end to the discord, which continued into the next reign. When he grew old, Harald handed over the supreme power to his favourite son Eirik Bloodaxe, whom he intended to be his successor. Eirik I ruled side-by-side with his father when Harald was 80 years old. Harald died three years later due to age in approximately 933.

Harald Harfager was commonly stated to have been buried under a mound at Haugar by the Strait of Karmsund near the church in Haugesund, an area that later would be named the town and municipal Haugesund. The area near Karmsund was the traditional burial site for several early Norwegian rulers. The national monument of Haraldshaugen was raised in 1872, to commemorate the Battle of Hafrsfjord which is traditionally dated to 872.[4][5]

While the various sagas name anywhere from 11 to 20 sons of Harald in various contexts, the contemporary skaldic poem Hákonarmál says that Harald's son Haakon would meet only "eight brothers" when arriving in Valhalla. Only the following five names of sons can be confirmed from skaldic poems (with saga claims in parenthesis), while the full number of sons remains unknown:[6]

The full list of sons according to Snorri Sturluson's Heimskringla:

Children with Åsa, daughter of Håkon Grjotgardsson, Earl of Lade:

Ancestors from the sagas