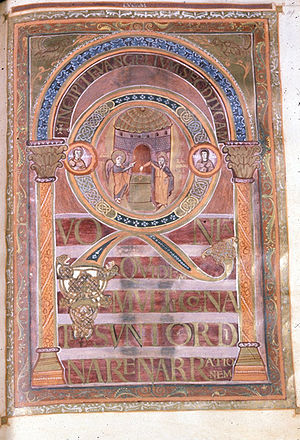 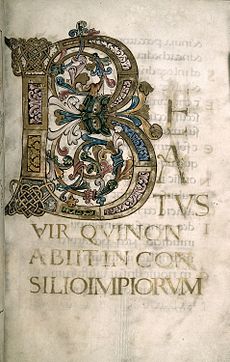 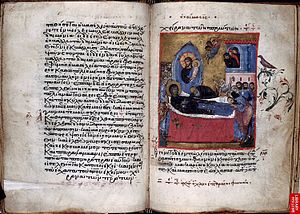 Harley 1810 is a Greek minuscule manuscript of the New Testament.

The Harleian Library, Harley Collection, Harleian Collection and other variants (Latin: Bibliotheca Harleiana) is one of the main "closed" collections of the British Library in London (formerly the library of the British Museum).

The collection is 7660 manuscripts, including 2200 illuminated manuscripts, [1] more than 14,000 original legal documents; and more than 500 rolls. It was formed by Robert Harley (1661–1724) and his son Edward (1689-1741). In 1753, it was purchased for £10,000 by the British government. Together with the collections of Sir Robert Cotton (the Cotton library) and Hans Sloane (the Sloane library) it formed the basis of the British Museum's collection of manuscripts, which moved to the new British Library in 1973.[2]

The collection contains illuminated manuscripts spanning the early Middle Ages to the Renaissance. There are important early British manuscripts, many from Western Europe, and several Byzantine manuscripts in Greek and other languages.

Among the most significant manuscripts are: