From Infogalactic: the planetary knowledge core
Jump to: navigation, search
This article is about the pre-acquisition marketing research firm. For the current company, see The Harris Poll. For the American college football poll, see Harris Interactive College Football Poll.

Harris Interactive, headquartered in Rochester, New York,[3] was a market research firm, known for The Harris Poll. Harris worked in a wide range of industries, across countries and territories through North America, Europe, and Asia. The company was a member of several research organizations, including the US National Council of Public Polls, the British Polling Council, the Council of American Survey Research Organizations, the US Council for Marketing and Opinion Research, and the UK Market Research Society.

In November 2013, Nielsen Holdings agreed to purchase Harris Interactive for $116.6 million.[4] The purchase was completed on February 3, 2014.[5] The Harris Poll continues to run and current releases by The Harris Poll can be found on their new website.[6] 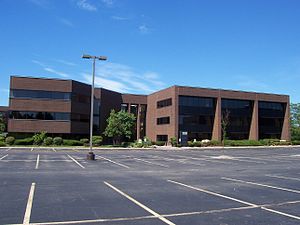 Harris Interactive was founded by Dr. Gordon S. Black in 1975, then a professor of political science at the University of Rochester in New York. The company was originally named the Gordon S. Black Corporation. In 1996, it acquired Louis Harris & Associates (founded in 1956) from the Gannett Corporation. In 1997, the merged company renamed itself Harris Black International Ltd.[7]

In 1997, the Internet was relatively new to the non-technical public. Harris Black International Ltd began exploring its use in the fall of that year.[7] In December 1999, it went public and re-branded itself as Harris Interactive, a name that hinted at the increasing role of interactive surveys on the Internet.

Mergers, Acquisitions, and Sale of Business

The Gordon S. Black Corporation was founded in 1975 as a New York corporation. It formed and became part of the Delaware corporation now known as Harris Interactive in 1997. During these years, the company’s acquisitions have included:

The Harris Poll has been running since 1963 and covers a broad variety of topics.[14] In 1997, Harris Interactive began developing an on-line version of The Harris Poll. It has also developed several Internet-based polls in conjunction with other companies.

"Harris Interactive Files Suit Against AOL, Microsoft, Qwest, and other ISPs Over Restraint of Trade"