From Infogalactic: the planetary knowledge core
Jump to: navigation, search
For other uses, see Hasselt (disambiguation).

On 31 December 2007 Hasselt had a total population of 71,520 (34,951 men and 36,569 women). Both the Demer river and the Albert Canal run through the municipality. Hasselt is located in between the Campine region, north of the Demer river, and the Hesbaye region, to the south. It is also situated in the Meuse-Rhine Euroregion. 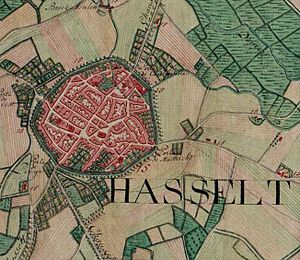 Hasselt on the Ferraris map (around 1775)

Hasselt was founded in approximately the 7th century on the Helbeek, a tributary of the Demer river. The name Hasselt came from Hasaluth, which means hazel wood. During the Middle Ages, it became one of the free cities of the county of Loon (which had borders approximately the same as the current province of Limburg). Hasselt was first named in a document in 1165 and shortly thereafter received the much sought-after city charter. In 1232 this status was officially confirmed by Arnold IV, Count of Loon. Even though the city of Borgloon was the original capital of Loon, Hasselt was to become the biggest city thanks to its favourable setting, and the proximity of the count’s castle at Herkenrode in Kuringen. In 1366 the county of Loon became part of the Prince-Bishopric of Liège and remained so until the annexation by France in 1794.

During the First French Empire, after the French revolution, the city of Maastricht became the capital of the area called the French Department of the Lower Meuse. This comprised not only the area of the modern province of Limburg in Belgium, but also the neighbouring province of the same name in the Netherlands. After the defeat of Napoleon in 1815, Belgium became part of the United Kingdom of the Netherlands. During this time, King William I confusingly named the area after the medieval Duchy of Limburg, which had been centered in Limbourg on the Vesdre river, (now in the Liège province of Belgium), which had never encompassed Hasselt or Maastricht. Belgium split from the Netherlands in 1830, but the status of Limburg was only resolved nine years later in 1839, with the division of Limburg into Belgian and Dutch parts. Hasselt became the provisional capital of the Belgian province of Limburg. In ecclesiastical terms Belgian Limburg became an independent entity from the Diocese of Liège in 1967, and Hasselt became the seat of the new Diocese of Hasselt. 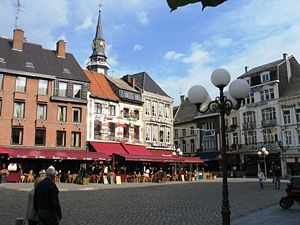 The centre is mostly car-free and contains a number of historical buildings. Among the oldest buildings in the town centre are the St. Quentin's Cathedral (11th to 18th centuries) and the "Herkenrode Abbey refuge house" (1542). The Grand Place and the nearby streets are lined with restaurants brasseries, cafes and taverns.

The Demerstraat and the Koning Albertstraat are the most important shopping streets. In the Kapelstraat and the Hoogstraat are expensive shops with the most famous brands. Another major religious building, besides the cathedral, is the Virga Jesse Basilica. The churches must cede domination of the skyline of the city to the modern twin towers of the "TT-wijk", however. In 2003, the renovation of this complex, now including a shopping mall and a hotel, gave the centre a new boost. In 2004, Hasselt was the first city to receive the title "most sociable city of the region of Flanders", and has since claimed the title of "Capital City of Taste". 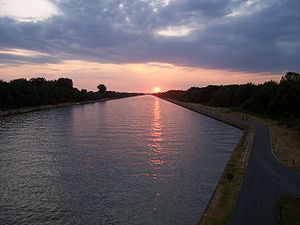 Hasselt is at the junction of important traffic arteries from several directions. The most important motorways are the European route E313 (Antwerp-Liège) and the European route E314 (Brussels-Aachen). The old town of Hasselt is enclosed by 2 ring roads. The outer ring road serves to keep traffic out of the city center and main residential areas. The inner ring road, the "Green Boulevard", serves to keep traffic out of the commercial center, which is almost entirely a pedestrian area. There are also important traffic arteries to Tongeren, Sint-Truiden, Genk, and Diest.

The city lies within approximately an hour's drive from the airports of Brussels, Liège, Antwerp, Charleroi, Cologne/Bonn, and Düsseldorf. Within a two hour radius, the major hubs of Paris and Frankfurt, can be reached. Small private aircraft can land in Hasselt itself, on the airfield of Kiewit. 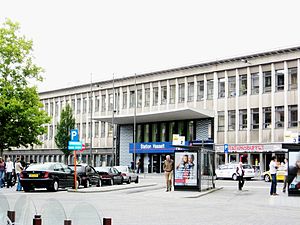 Hasselt railway station. All the city's local zero-fare buses, as well as regional buses and trains depart from here.

The plan for a new, attractive bus network in Hasselt was influenced by transport minister Eddy Baldewijns, who created an integrated transport policy framework in the middle of 1996 in which public transport was allocated a primary role.[citation needed] The city of Hasselt was one of the first cities to subscribe to the plan. Mayor Steve Stevaert proposed to give absolute primacy on the city's Green Boulevard to public transport. The mobility policy in Hasselt developed into an example of cooperation between the bus line, the government and the city of Hasselt, under the motto "the city guarantees the right of mobility for everyone".[citation needed]

Following the introduction of the new zero-fare policy, the usage of public transport immediately increased by 800-900% and has remained high, being currently more than 10-fold compared to the time of the old policy .[8][9] The city's official website records[6] passenger growth as follows:

A Belgian website describes Hasselt identity cards as becoming "like gold in value", because of free bus travel.[10]

In 2013, Hasselt cancelled free public transportation due to financial reasons. The operator increased its claim towards the city, which the city could not pay. Now persons under the age of 19 travel for free. [11]

Hasselt railway station is near the city center, outside the innermost "Binnenring". The station is an IC station, which means there are several connections each day with important Belgian cities.

In February 2007, a plan was launched for the construction of an international light rail connection between Hasselt and Maastricht (more details available). Agreements between the relevant governments were reached in June 2008 and December 2011. The line will reduce the current travel time of 61 minutes by bus to only 36 minutes. Construction is to begin in 2014, and the line is expected to go into service in 2017.[12] 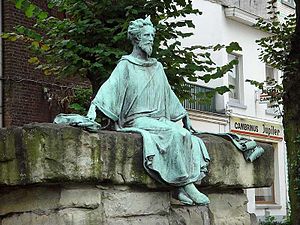