Haulotte Group is a major French aerial work platform manufacturer, the third-largest company in the world in this area of products.

Haulotte was formed in 1924 in L'Horme by Arthur Haulotte, the company being Ateliers de Construction A. Haulotte.[5] They specialised in the production of aerial platforms, derricks and mobile cranes.[3] 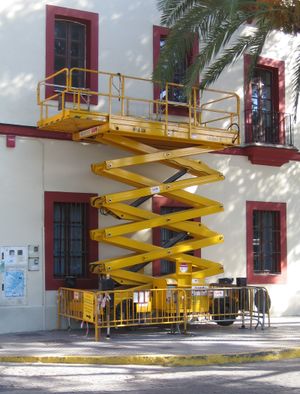 Pinguely and Haulotte were both taken over by the steel conglomerate Creusot-Loire. Creusot-Loire went bankrupt in 1984, and the future of Pinguely and Haulotte was in doubt. In 1985, both companies were bought by Pierre Saubot. Saubot had spotted a new market for aerial work platforms, and that work was assigned to Haulotte. Pinguely manufactured tower cranes in the meantime, mainly to fulfill a contract with the French Army. By the mid-90s, Haulotte was the leading manufacturer of aerial work platforms in France. The companies were kept separate through the 80s, and in 1995 became Pinguely-Haulotte. It was decided to concentrate on the aerial platform business, although Pinguely had won a contract worth FF300 million to supply equipment to the French Army.[3]

On July 24, 2008 Haulotte Group acquired Bil-Jax, Inc., the largest U.S. scaffold manufacturer.[7][8][9] These days, Haulotte Group has 3 plants in France, 1 in Spain, 2 in the USA (former Bill-Jax) and 1 in Romania, near the City of Pitesti. A brand-new plant is in the process of being opened (November–December '08), 1 km away from the existing plant near Pitesti, in Arges County. The name will be Arges II.The General Manager of the new plant will be the same as the one in the existing plant, Mr. Philippe Gault. 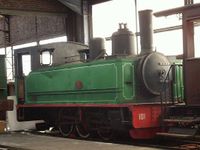