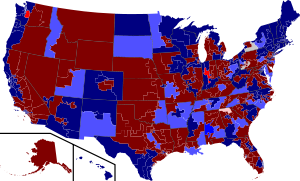 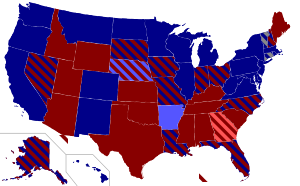 The Health Care and Education Reconciliation Act of 2010 (Pub.L. 111–152, 124 Stat. 1029) is a law that was enacted by the 111th United States Congress, by means of the reconciliation process, in order to amend the Patient Protection and Affordable Care Act (Pub.L. 111–148) and signed into law by President Barack Obama on March 30, 2010 at Northern Virginia Community College.

The law includes the Student Aid and Fiscal Responsibility Act, which was attached as a rider. Small technical parts of the bill relating to Pell Grants were removed during the reconciliation process.

On March 30, 2010 Obama signed the Health Care and Education Reconciliation Act of 2010 [1] 7 days after he had signed the Patient Protection and Affordable Care Act into law.[2][3] At the end of 2009, each house of Congress passed its own health care reform bill, but neither house passed the other bill. The Senate bill, the Patient Protection and Affordable Care Act, became the most viable avenue to reform following the death of Democratic Senator Ted Kennedy and his replacement by Republican Scott Brown. Lacking a filibuster-proof super-majority in the Senate, the Obama administration and House Speaker Nancy Pelosi began encouraging the House to pass the Senate bill, then pass a new bill to amend it using the reconciliation process.[4]

Under the Fiscal Year 2010 budget resolution,[5] the text of the reconciliation bill submitted to the Budget Committee had to have been reported by the relevant Committees by October 15, 2009.[6] Therefore, the Democrats combined the text of America's Affordable Health Choices Act of 2009 as reported out of the Ways and Means Committee, and as it was reported out of the Education and Labor Committee, and the text of the Student Aid and Fiscal Responsibility Act as reported out of the Education and Labor Committee.[7][8] This version was never meant to be passed, it was only created so that the reconciliation bill would comply with the Budget resolution.[6] The bill was automatically amended to the version that was meant to be passed per the special rule that was reported out of the Rules Committee.[9] The Student Aid and Fiscal Responsibility Act was added to the Reconciliation Act as only one reconciliation bill can be passed each budget year, and it also faced a tough road through the Senate due to Republican filibuster and opposition from several centrist Democratic Senators.[10] The move was also thought to give President Obama two key victories in overhauling the health care and student loan system. It also eventually became clear that the budget savings caused by the student loan bill would become essential to the overall reconciliation bill by reducing the deficit enough for the overall bill to qualify for the reconciliation process.[10]

Passage of the legislation in the United States House of Representatives using the self-executing rule method was considered, but rejected by House Democrats. Instead, on March 21, 2010, the House held a series of votes: the first vote on ordering the previous question on the special rule resolution that set the terms of debate, the second on the rule itself, the third on the Senate bill, the fourth on a minority attempt to amend the reconciliation bill itself, and finally a vote on the reconciliation bill itself.[11] The reconciliation bill passed on a vote of 220–211, with all 178 Republicans and 33 Democrats voting against it.[12]

In the Senate, the bill faced numerous amendments made by the Republicans, which failed. Republicans struck two provisions dealing with Pell Grants from the bill due to violations of budget reconciliation rules, forcing the bill to return to the House.[13] The two provisions were: The fourth paragraph of Sec. 2101(a)(2)(C) and Sec. 2101(a)(2)(D).[14][15] On March 25, the bill passed the Senate by a 56–43 vote, with all Republicans and 3 Democrats voting against it.[16] The only Democratic Senators to vote against were: Blanche Lincoln (D-AR), Ben Nelson (D-NE) and Mark Pryor (D-AR). Later the same day the House passed the modified bill by a 220–207 vote, sending it to President Obama for a signature.[17]

The Health Care and Education Reconciliation Act is divided into two titles, one addressing health care reform and the other addressing student loan reform.

The Reconciliation bill made several changes to the Patient Protection and Affordable Care Act that was signed into law 7 days earlier on March 23, 2010. These changes include the following,[18]

Title II of the reconciliation bill deals with student loan reform. The language is very similar to the Student Aid and Fiscal Responsibility Act that passed the House in 2009; but with some slight variation.[21] The reform package included,[22]

The law codified the "economic substance" rule of Gregory v. Helvering from 1935, which allows the IRS to invalidate tax avoidance transactions in certain situations.[25]