From Infogalactic: the planetary knowledge core
Jump to: navigation, search
This article is about the land force of modern Greece. For the military systems in Ancient Greece, see Hoplite.

The motto of the Hellenic Army is Ἐλεύθερον τὸ Εὔψυχον (Eleútheron tò Eúpsychon), "Freedom Stems from Valour", from Thucydides's History of the Peloponnesian War (2.43.4). The Hellenic Army Emblem is the two-headed eagle with a Greek Cross escutcheon in the centre, representing the links between modern Greece, the Greek Orthodox Church, and the Byzantine Empire.

The Hellenic Army, apart from being the largest component participating in it, is also leading the Balkan Battle Group (otherwise known as "HELBROC" (an acronym for HELlas, Bulgaria, ROmania and Cyprus)), which is the largest military formation of NATO in Southeast Europe.[3]

The main missions of the Hellenic Army are the defence of the state’s independence and integrity, the safeguarding of national territory, and the decisive contribution to the achievement of the country’s policy objectives.[4]

During peacetime, the Army has the following main objectives: 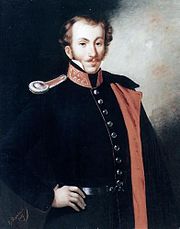 Demetrios Ypsilantis was commander of the tactical Greek forces during the Battle of Petra, final battle of the Greek War of Independence

The Hellenic Army traces its origin to the regular units established by the Greek provisional government during the Greek War of Independence (1821–1829). The first of these, an infantry regiment and a small artillery battery, were established in April 1822, and were commanded by European Philhellenes. Lack of funds however forced its disbandment soon after, and it was not until July 1824 that regular units were reformed, under the Greek Colonel Panagiotis Rodios. In May 1825, the first law on conscription was passed, and the command of the entire regular forces entrusted to the French Colonel Charles Fabvier. Under Fabvier, the regular corps expanded, and for the first time came to include cavalry, military music detachments, and, with Lord Byron's aid, military hospitals. The governorship of Ioannis Kapodistrias (1828–1831) saw a drastic reorganization of the national military: a Secretariat on Army and Naval Affairs and the Hellenic Army Academy were created, the Army engineering corps was founded (28 July 1829), and a concerted effort was made to reform the various irregular forces into regular light infantry battalions. Throughout these early years, French influence pervaded the Greek regular army, in tactics as well as appearance, as most of the instructors were French–at first Philhellenes, and later serving officers of General Maison's Expeditionary Corps.[5]

After Kapodistrias' assassination in 1831 and in the subsequent internal turmoil over the next two years, however, the regular army all but ceased to exist. The first king of the newly independent Greek kingdom, the Bavarian prince Otto, initially relied on a 4,000-strong German contingent. The royal government re-established the regular army and dissolved the irregular forces that had largely fought the War of Independence.[6] Following the ousting of Otto in 1862, the Army continued relying on the Army Organization Statute of 1833. The first major reforms were undertaken in 1877, in response to the Balkan Crisis that eventually led to the Russo-Turkish War of 1877–1878. Among other measures, for the first time the Hellenic Army was briefly subdivided into divisions and brigades. Universal conscription was introduced in 1879, and under the premiership of Charilaos Trikoupis, in 1882–1885 major steps were undertaken to improve the training and education of the officer corps: a French military mission was called to Greece, new schools were founded and Greek officers were sent abroad for studies, and efforts were made to make officers on active service refrain from participating in politics and focus on their professional duties. The Army also underwent its first mobilizations, in July 1880 – April 1882 due to the Greek annexation of Thessaly, and again in September 1885 – May 1886, when Bulgaria annexed Eastern Rumelia. The great financial burden of these long periods of mobilization, however, exhausted the public treasury, and stalled the reform process.[7][8] The result was that the Hellenic Army was wholly unprepared for war on the outbreak of the Greco-Turkish War of 1897: plans, fortifications and weapons were non-existent, the mass of the officer corps was unsuited to its tasks, and training was inadequate. As a result, the numerically superior, better organized, equipped and led Ottoman forces pushed the Greek forces south out of Thessaly.[9][10]

File:Bizani Infantry charge.jpg
Greek infantry preparing to launch an attack at the Battle of Bizani (1913)

Units in the World War I Victory Parade in Paris (1919)
File:M.Asia-almyra-erimos.JPG
Greek infantry marches through the steppe during the Greco-Turkish War (1919–22)

The dismal performance of the Hellenic Army in the war of 1897 led to a major reform programme under the administration of Georgios Theotokis (1899–1901, 1903–1904 and 1906–1909). A new Army Organization Statute was issued in 1904 (revised in 1910), purchases of new artillery material (including the 75 mm Schneider-Danglis 06/09 gun) and of the Mannlicher–Schönauer rifle were made, and a new, khaki field uniform was introduced in 1908.[11][12] Reform was accelerated after the Goudi coup of 1909; the new government under Eleftherios Venizelos brought a French military mission to train the Hellenic Army. Under its supervision, the Greeks had adopted the triangular infantry division as their main formation, but more importantly, the overhaul of the mobilization system allowed the country to field and equip a far greater number of troops than it had in 1897: while foreign observers estimated a mobilized force of approximately 50,000 men, the Army eventually fielded 125,000, with another 140,000 in the National Guard and reserves.[13][14]

Leo Niehorster's website shows the higher organisation of the Greek Army on 15 August 1940, with the General Staff of the Army directly supervising five corps, three divisions, and the Thessaloniki Fortress.[15]

The Hellenic Army has taken part in the following engagements: 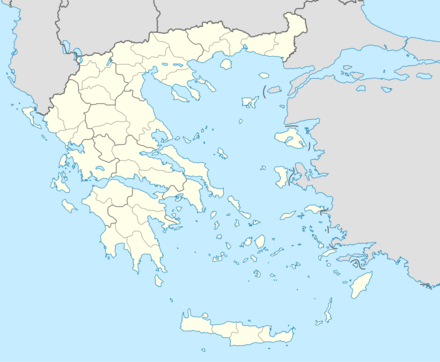 After a major reorganization which occurred in the last decade, which included the transformation of most Infantry formations into Mechanized Brigades and a parallel reduction of personnel, the Hellenic Army's higher command is the Hellenic Army General Staff.

There are four major military commands which supervise all army units,

Although divisions still exist, having the role of forward commands, the Army is mainly organized in brigades, that follow the typical NATO standards consisting of five battalions, three manoeuvre, one artillery, one support and some other company sized formations. According to the latest developments, up to 2015, all active divisions will dissolve, but all brigades will acquire one more manoeuvre battalion, largely eliminating the distinction between mechanized and armoured formations, thus creating a new type brigade, which will be named Strike Brigade.[16]

There are three classes of personnel in the Hellenic Army, namely professional, volunteer and conscript. There are currently 90,000 personnel on active duty, of which 30,000 are conscripted. As of 2012, the Hellenic Republic has mandatory military service (conscription) of 9 months for all males between the ages of 18 and 45. Citizens discharged from active service are normally placed in the Reserve and are subject to periodic recall of 1–10 days at irregular intervals. Greek males between the age of 18 and 60 who live in strategically sensitive areas may also be required to serve part-time in the National Guard. During a mobilization the amount of conscripts may exceed 180,000.[17]

In the chain of command, graduates of the two military academies in Athens and Thessaloniki are considered higher in seniority compared to professional officers of the same rank who graduate from specialized military schools. The latter officers are followed in seniority by volunteer and finally conscript staff.

During war, the Hellenic army battalions are commanded by either a ranking officer major general or if in a combat mission by another state which in agreement with the Greek state will be commanded by a ranking General of their own. 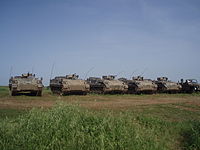 The heavy equipment and weaponry of the Hellenic Army is mostly of foreign manufacture, from German, French, American, British and Russian suppliers. A notable exception is the indigenous Leonidas armoured personnel carrier which was built by the Hellenic Vehicles Manufacturer Industry ELVO.

Equipment runs the gamut from state-of-the art to obsolete Cold War inventories; the latter are gradually being retired.

The structure of Hellenic Army ranks has its roots in British military traditions and follows NATO standard rank scale. The rank of Stratarchis (Στρατάρχης, equivalent to Field Marshal or General of the Army) though, has been historically used, but is no longer extant. It was first awarded to King Constantine I for his leadership in the Balkan Wars. The rank was subsequently assumed by his successors upon accession, until the abolition of the monarchy. The only regular officer to have been awarded the rank was General Alexander Papagos on 28 October 1949.