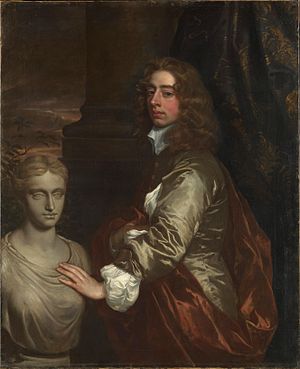 Capell was born in Hadham Parva, Hertfordshire, the son of the 1st Baron Capell of Hadham and Elizabeth Morrison. He was baptised on 6 March 1638. His father, who was raised to the peerage in 1641, fought for the King in the civil wars and was beheaded in 1649 as one of the commanders of the Colchester garrison.[1]

In 1689 Capell was elected MP for Cockermouth[1] and was Lord of the Treasury between 1689 and 1690. He was invested again as Privy Counciller on 14 February 1689. He was elected MP for Tewkesbury in 1690 and sat until 11 April 1692, when he was ennobled as Baron Capell of Tewkesbury, in the County of Gloucester.[1] One year later he became Lord Justice of Ireland and in turn a Privy Councillor of Ireland in June 1693. In 1695 and 1696, Capell was Lord Deputy of Ireland. His term as Lord Deputy is not generally considered to have been a success. He was a firm Whig, presiding over an administration which was deeply divided between Whigs and Tories, and although Capell was not to blame for these divisions he did nothing to heal them

Capell died aged 58 in Chapelizod, County Dublin, and was buried on 8 September 1696 in Hadham, Hertfordshire. The barony died with him.

On 16 February 1659, Capell married Dorothy Bennet, daughter of Richard Bennet. Their marriage was childless. He was the brother of Arthur Capell, 1st Earl of Essex.