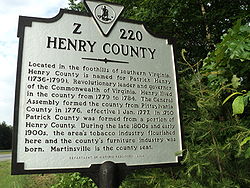 Henry County is a county located in the U.S. state of Virginia. As of the 2010 census, the population was 54,151.[1] The county seat is usually identified as Martinsville;[2] however, the administration building (where county offices are located and where the board of supervisors holds meetings) and county courthouse are located in Collinsville. 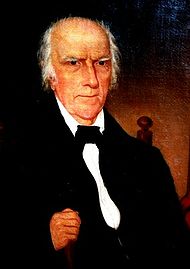 The county was established in 1777 when it was carved from Pittsylvania County. The new county was initially named Patrick Henry County in honor of Patrick Henry, who was then serving as the first Governor of Virginia after independence. Living on his 10,000-acre (40 km2) plantation called Leatherwood (for Leatherwood Creek), Gov. Henry was a sometime resident of the county, where he had relatives already settled.[3][4][5]

Other notable early settlers of Henry County include Colonel George Waller,[6] Captain George Hairston and Major John Redd,[7] all of whom were present at the surrender of General Cornwallis at Yorktown; Col. Abraham Penn, a native of Amherst County, Virginia, who led his Henry County militia troops with the intention of joining General Nathanael Greene at the Battle of Guilford Courthouse during the Revolutionary War;[8] and Brigadier General Joseph Martin, for whom Martinsville is named.[9] Also prominent were Mordecai Hord, a native of Louisa County and prominent early explorer, who lived on his plantation called Hordsville;[10] and Col. John Dillard, born in Amherst County, Virginia in 1751, wounded at the Battle of Princeton during the Revolution, and later a member of the Committee of Safety and a colonel in the Virginia forces.

In 1902, the Henry County Historical Society was incorporated at Martinsville with its first officers being John W. Carter, J. Harrison Spencer and C. B. Bryant.[11] 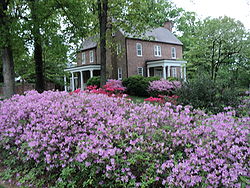 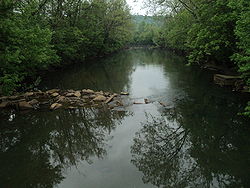 View of the Smith River from bridge at Fieldale, Henry County

Clerk of the Circuit Court: Vickie Stone Helmstutler (I)

Commissioner of the Revenue: Linda N. Love (I)

Treasurer: Scott B. Grindstaff (I) 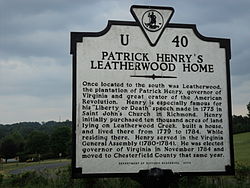 As an independent city since 1928, Martinsville is not part of Henry County, but exists as an enclave, surrounded by the county.