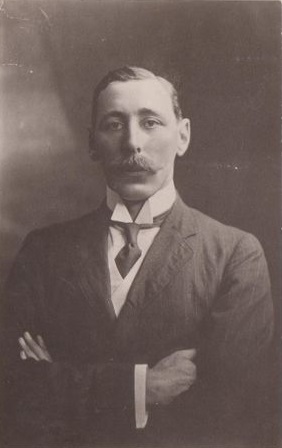 He was the son of Ivor Guest, 1st Baron Wimborne and his wife Lady Cornelia Henrietta Maria Spencer-Churchill, an aunt of the future Prime Minister Winston Churchill.[1] His elder brother Ivor Guest was one of the last Lord-Lieutenants of Ireland, and his younger brothers Frederick Guest and Oscar Guest were also members of parliament.

His younger brother Freddie was elected as Liberal Member of Parliament (MP) for East Dorset at the January 1910 general election, but was unseated after election irregularities by his constituency agent. At the resulting by-election in June 1910, Henry was elected to succeed him.[4] At the December 1910 general election, Henry was returned for the Pembroke and Haverfordwest constituency and Freddie was re-elected for East Dorset.

When his Pembroke and Haverford West seat was abolished for the 1918 general election, Guest stood as a Coalition Liberal candidate in the Wandsworth Central seat in South London, where he came a poor third.[5]

He returned to the House of Commons at the 1922 general election, as National Liberal MP for Bristol North. However, he was defeated at the 1923 election, and stood aside in 1924 in favour of his brother Freddie.[5]

Henry did not stand for Parliament again until his brother's death in 1937, when he won the by-election for Freddie's seat of Plymouth Drake. He held that seat until his defeat at the 1945 general election.[5]