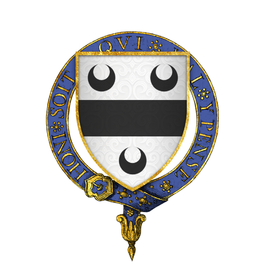 Sir Henry Lee KG (1533 – 12 February 1611), of Ditchley, was Queen's Champion and Master of the Armouries under Queen Elizabeth I of England. 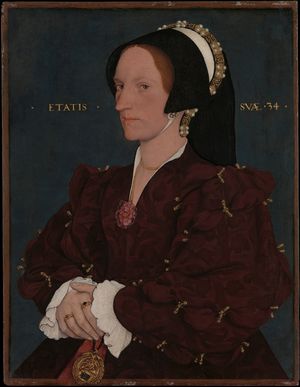 Lee became Queen Elizabeth I’s champion in 1570 and was appointed Master of the Armoury in 1580, an office which he held until his death. As Queen's Champion, Lee devised the Accession Day tilts held annually on 17 November, the most important Elizabethan court festival from the 1580s. He retired as Queen's Champion in 1590, and the poems "His Golden Locks" by George Peele and "Time's Eldest Son" were set to music by John Dowland and performed at the lavish retirement pageant.[7] He was made a Knight of the Order of the Garter in 1597. 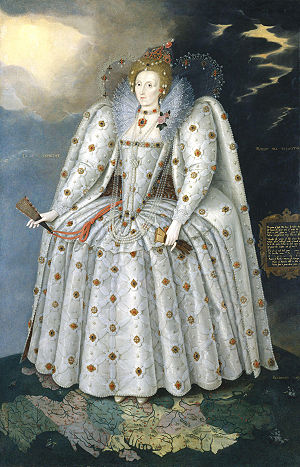 Ditchley Portrait of Elizabeth I

Sir Henry, like most courtiers of the day, had a portrait painted by a leading artist. In Lee's picture, his sleeves are decorated with armillary spheres, a symbol of wisdom and also his device as queen's champion. His sleeves are also decorated with lovers knots which, combined with the armillary spheres can be seen to represent his love for learning (the wisdom of the armillary spheres) and for the Queen (his symbol as her champion). Lee also wears several rings tied to his arm, and has his finger through a third ring around his neck. This may represent his marriages, and the third ring, which is not quite on his finger, may represent his relationship with Anne Vavasour.

Lee's wife, Anne, was buried at Aylesbury, Buckinghamshire, on 31 December 1590. There is a monument to her in St. Mary the Virgin, Aylesbury.[11] After her death, Lee lived openly with his mistress, Anne Vavasour, formerly one of the Queen's Ladies in Waiting.

Lee built up an estate at Ditchley in Oxfordshire, from 1583.[12] He commissioned the Ditchley Portrait of Queen Elizabeth, which shows her standing on a map of the British Isles, surveying her dominions; one foot rests near Ditchley in Oxfordshire, to commemorate her visit to Sir Henry Lee there. He was later noted for refusing to receive his monarch a second time, because of the expense.

Three suits of armour were made for Sir Henry Lee by the renowned Greenwich armoury, and are depicted in the album of drawings left behind by that workshop. Portions of the armour survive to the present day. One of the armours currently stands in the hall of the Armourers and Brasiers company in London.

He was the cousin of Captain Thomas Lee, a troublesome soldier on whose behalf he allowed himself to be bound over and who was put to death in 1601 for an involvement in the treason of the 2nd Earl of Essex. 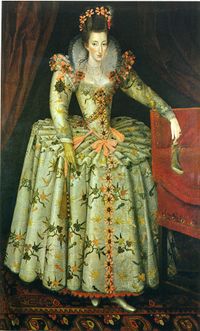