From Infogalactic: the planetary knowledge core
Jump to: navigation, search
For the bishop of Nottingham, see Henry Mackenzie (bishop). 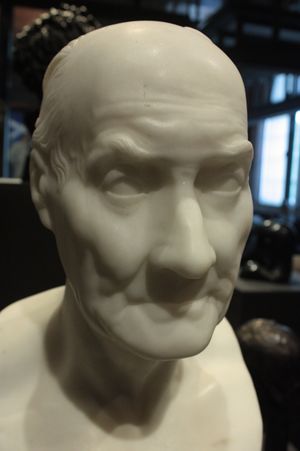 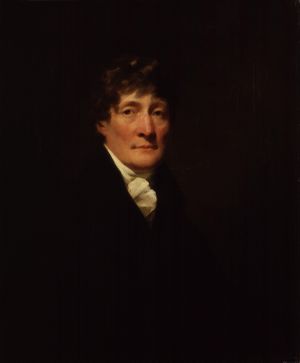 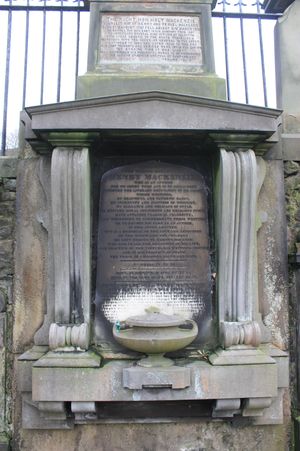 Henry Mackenzie FRSE (August, 1745 - 14 January 1831) was a Scottish lawyer, novelist and writer. He was also known by the sobriquet "Addison of the North."

Mackenzie was born in Edinburgh on 6 August 1745. His father, Joshua Mackenzie, was a distinguished Edinburgh physician,[1] and his mother, Margaret Rose, belonged to an old Nairnshire family.

Mackenzie was educated at the High School and then studied Law at University of Edinburgh. He was then articled to George Inglis of Redhall, who was attorney for the crown in the management of exchequer business. In 1765 he was sent to London to prosecute his legal studies, and on his return to Edinburgh became partner with Inglis, whom he afterwards succeeded as attorney for the crown.[2]

Mackenzie had attempted to interest publishers in what would become his first and most famous work, The Man of Feeling, for several years, but they would not even accept it as a gift. Finally, Mackenzie published it anonymously in 1771, and it became instantly successful. The "Man of Feeling" is a weak creature, dominated by a futile benevolence, who goes up to London and falls into the hands of people who exploit his innocence. The sentimental key in which the book is written shows the author's acquaintance with Sterne and Richardson, but he had neither the humour of Sterne nor the subtle insight into character of Richardson.[citation needed]

A clergyman from Bath named Eccles claimed authorship of the book, bringing in support of his pretensions a manuscript full of changes and erasures.[3] Mackenzie's name was then officially announced, but Eccles appears to have induced some people to believe in him. In 1773 Mackenzie published a second novel, The Man of the World, the hero of which was as consistently bad as the "Man of Feeling" had been "constantly obedient to every emotion of his moral sense," as Sir Walter Scott says.[4] Julia de Roubigné (1777) is an epistolary novel.

The first of his dramatic pieces, The Prince of Tunis, was produced in Edinburgh in 1773 with a certain measure of success. The others were failures. At Edinburgh Mackenzie belonged to a literary club, at the meetings of which papers in the manner of The Spectator were read. This led to the establishment of a weekly periodical called the Mirror (23 January 1779 – 27 May 1780), of which Mackenzie was editor and chief contributor. It was followed in 1785 by a similar paper, the Lounger, which ran for nearly two years and had the distinction of containing one of the earliest tributes to the genius of Robert Burns.

Mackenzie was an ardent Tory, and wrote many tracts intended to counteract the doctrines of the French Revolution. Most of these remained anonymous, but he acknowledged his Review of the Principal Proceedings of the Parliament of 1784, a defence of the policy of William Pitt, written at the desire of Henry Dundas. He was rewarded (1804) by the office of comptroller of the taxes for Scotland. In 1776 Mackenzie married Penuel, daughter of Sir Ludovich Grant of Grant. They had eleven children. He was, in his later years, a notable figure in Edinburgh society. He was nicknamed the "man of feeling," but he was in reality a hard-headed man of affairs with a kindly heart. Some of his literary reminiscences were embodied in his Account of the Life and Writings of John Home, Esq. (1822). He also wrote a Life of Doctor Blacklock, prefixed to the 1793 edition of the poet's works.

In 1807 The Works of Henry Mackenzie were published surreptitiously, and he then himself superintended the publication of his Works (8 vols., 1808). There is an admiring but discriminating criticism of his work in the Prefatory Memoir prefixed by Sir Walter Scott to an edition of his novels in Ballantyne's Novelist's Library (vol. v., 1823).

He is buried at Greyfriars Kirkyard, Edinburgh. The grave lies facing north in the centre of the northern retaining wall.

MacKenzie's son, Joshua Henry MacKenzie (1777-1851) was a Senator of the College of Justice. He is buried with his father in Greyfriars Kirkyard.[5]