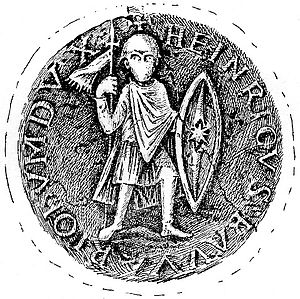 Henry VII (died 16 October 1047) was the count of Luxembourg (as Henry II) from 1026 and duke of Bavaria from 1042 until his death. He was the son of Frederick, count of Moselgau, and possibly Ermentrude of Gleiberg.

In 1026, he inherited Luxembourg from his uncle Henry I. This included charge of the abbeys of Saint-Maximin in Trier and Saint-Willibrord in Echternach. In 1042, he was given Bavaria by the Emperor Henry III, who had hitherto held it, but who needed a resident duke to deal with the raids of Samuel Aba, king of Hungary.

He never married. His brother Giselbert succeeded him in Luxembourg, while Bavaria escheated to the emperor, who gave it to Cuno.