Hertford Heath is a small village and civil parish near the county town of Hertford in Hertfordshire, England. 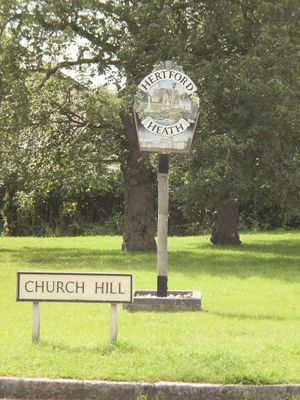 It is located on a heath above the River Lea valley, on its south side. Almost all of the village is 90 metres (300 feet) above sea level, with most of the surrounding fields being arable farm land, or cattle and horse grazing.

Hertford Heath was once a settlement of the Catuvellauni tribe, before Julius Caesar invaded in 54 BC.

In 1956 builders laying concrete for the garages in Trinity Road, came across a Belgic grave from about the 40–50 AD period, early Iron Age pottery was discovered and remnants are available to view in the British Museum.

More extensive historical facts can be found here extrapolated from a note written by Esme Nix of Rush Green (an area nestled in the corner of Downfield Road, Hoe Lane, Gallows Hill and the A10, giving the service station and A10 junction its name.)

The village has modest amenities including a convenience store, numerous public houses and eateries and a service station. 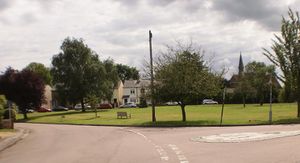 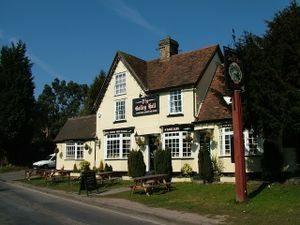 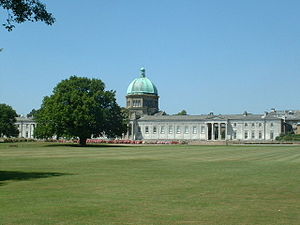 Haileybury College is close to the village.

Haileybury College, a private boarding school (formerly the East India Company College [1805], Imperial Service College [1845] and United Services College [1874]) is on the south-east boundary of the village. It offers facilities to the village and public at large who are able, subject to availability, to use its modern sports complex[1] which includes: 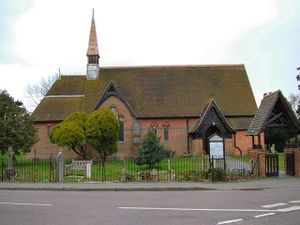 Holy Trinity Church, the Church of England parish church for the ecclesiastical parish of Little Amwell.