Hertfordshire Constabulary is the territorial police force responsible for policing the county of Hertfordshire in England. Its headquarters is in Welwyn Garden City. Since June 2011 the force has been headed by Chief Constable Andy Bliss.[4] Its manpower consists of over 3,900 police officers and staff, supported by more than 410 special constables.

The first Constables were working class men and were paid at the level of an agricultural labourer. In Victorian times, officers were entitled to only one rest day in every four to six weeks and were entitled to only one week's unpaid annual leave a year. A ten-hour working day was the norm and no meal breaks were allowed. There were strict contraints on an officer's private life too. For example, officers reportedly could not leave their homes without permission and could only go out with their wives so long as they were not absent for more than two hours and someone was home to take messages.[5]

St Albans Constabulary remained independent until 1947, then being absorbed into the Hertfordshire Constabulary. Finally, it was in 2000 that the current force boundaries came into place with the addition of Hertsmere and Broxbourne transferred from the Metropolitan Police.

In 2006 proposals were made by Charles Clarke, the then Home Secretary, that would see the force merge with neighbour forces Bedfordshire Police and Essex Police to form a new strategic police force.[6] However, in July 2006, the then Prime Minister Tony Blair signalled that police force mergers would not be forced through by the central government.[7] However, with the economic recession beginning in 2008 the force began working on collaboration with neighbouring forces. First joining with Bedfordshire Police and then Cambridgeshire Constabulary in a Strategic Alliance, the three forces formed joint units in Counter Terrorism, Major Crime, Dogs, Firearms, SOCO, Roads Policing, Operation Planning, Civil Contingencies, ICT and Professional Standards. Working collaboratively in this way protected local policing by local officers, but enabled specialist units to work across, and be paid for by, all three forces.

Further collaborative work is underway with call handling, control and dispatch, human resources and some 'back-office' functions being examined for merging.[8] For the foreseeable future, the Constabularly looks likely to remain an independent force. Ultimately, the decision for any full merger of the three forces will be in the hands of the Police and Crime Commissioners, and thereby in turn, the public themselves.

Local policing is overseen by the Local Policing Command, headed by a Chief Superintendent. The county is sub-divided into 10 Community Safety Partnerships, which broadly correspond to the local Borough and Council areas. The 10 CSPs, each headed by a Chief Inspector are: Watford, Three Rivers, Dacorum, Welwyn and Hatfield, St Albans, Hertsmere, East Herts, Broxbourne, Stevenage and North Herts. 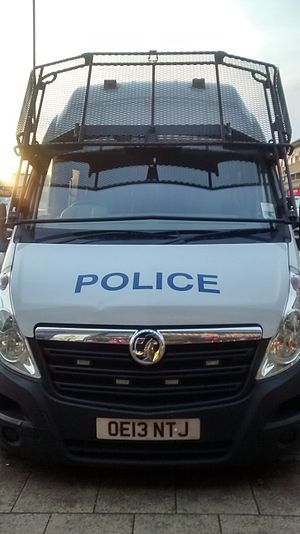 Local Policing is supplemented by an array of specialist units, some of which are collaborated with Bedfordshire and Cambridgeshire. These include:

Notable major incidents and investigations in which Hertfordshire Constabulary have directed or been involved include: