From Infogalactic: the planetary knowledge core
Jump to: navigation, search
This article is about the health insurance company. For other uses, see Highmark (disambiguation). 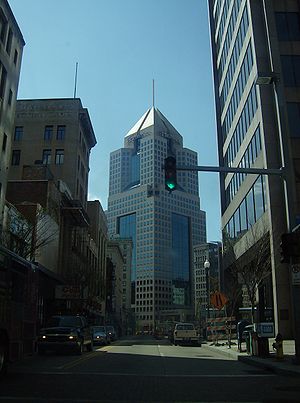 On March 28, 2007, Highmark announced it intended to consolidate with Independence Blue Cross of Philadelphia. The combination of the 2 insurers would have created a new company with over 18,000 employees, dual-headquarters in both Pittsburgh and Philadelphia and an economic impact of over $4 billion throughout the Commonwealth of Pennsylvania. On January 22, 2009, Highmark and Independence Blue Cross withdrew their applications to consolidate due to the unacceptability of conditions that the Pennsylvania Insurance Department was going to place upon the merger: to give up either of their well-known "Blue Cross" or "Blue Shield" trademarks. [1]

In 2011 the company announced it would buy the financially troubled West Penn Allegheny Health System (WPAHS) for about $500 million.