Hispanics in the American Civil War

Hispanics in the American Civil War fought on both the Union and Confederate sides of the conflict. Not all the Hispanics who fought in the American Civil War were "Hispanic-Americans", in other words citizens of the United States. Many of them were Spanish subjects or nationals from countries in the Caribbean, Central and South America. Some were born in a US Territory and therefore did not have the right to US Citizenship. It is estimated that approximately 3,500 Hispanics, mostly Nuevomexicanos, Mexican-Americans, Puerto Ricans and Cubans (Puerto Rico and Cuba were Spanish colonies) living in the United States joined the war: 2,500 for the Confederacy and 1,000 for the Union. This number increased to 10,000 by the end of the war.

Hispanic is an ethnic term employed to categorize any citizen or resident of the United States, of any racial background, of any country, and of any religion, who has at least one ancestor from the people of Spain or is of non-Hispanic origin, but has an ancestor from Mexico, Puerto Rico, Cuba, Central or South America, or some other Hispanic origin. The three largest Hispanic groups in the United States are the Mexican-Americans, Puerto Ricans, and Cubans.[1]

The Union Army was the land force that fought for the Union during the American Civil War. It was also known as the "Federal Army", the "U.S. Army", the "Northern Army" and the "National Army".[2] It consisted of the small United States Army (the regular army), augmented by massive numbers of units supplied by the Northern states, composed of volunteers as well as conscripts.

Another unit which was composed of Hispanics was D Company "The Spanish Company" of the Garibaldi Guard, 39th New York Volunteer Infantry Regiment. The company served until July 1, 1865, when it was mustered out at Alexandria. They lost during its term of service 119 by death from wounds, and 159 by death from accident, imprisonment or disease, of whom 94 died in prison.[4]

Amongst the Confederate units, who either had a significant number of Hispanics or were composed entirely of Hispanics were the 5th Regiment (Spanish Regiment) of the "European Brigade", "Cazadores Espanoles Regiment" and the "Louisiana Tigers", all from Louisiana; the "Spanish Guards" and the "55th Infantry" both from Alabama and "Florida's 2nd Infantry".[6][7]

Hispanics held various grades of ranks in the military, the highest being full Admiral of the Union Navy. Three Hispanics were awarded the Medal of Honor, the highest military decoration for heroism awarded by the United States. Hispanic women also participated, such was the case of Loreta Janeta Velazquez, a Cuban woman who disguised as a male, fought and spied for the Confederacy.[8][9]

The following is an uncompleted list of notable Hispanics who participated in the American Civil War. Their names are placed in accordance to the highest rank which they held during their military service. 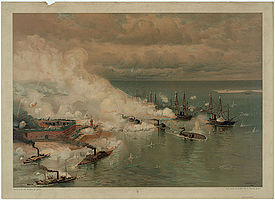 Hispanic women in the Civil War

Many women participated in the American Civil War. Two of the most notable Hispanic women to participate in that conflict were Lola Sánchez and Loreta Janeta Velazquez. The similarities between them were that both were Cuban born and both served for the Confederacy. However, the difference between them was that one served as a spy while the other disguised herself as a male and fought in various battles.

The Medal of Honor is the highest military decoration awarded by the United States government. It is bestowed by the President in the name of Congress on members of the United States Armed Forces who distinguish themselves through "conspicuous gallantry and intrepidity at the risk of his or her life above and beyond the call of duty while engaged in an action against an enemy of the United States.".[35] 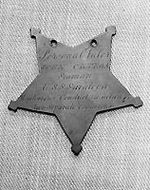 Reverse of the Medal of Honor awarded to Seaman John Ortega

The 39th New York Volunteer Infantry Regiment, also known as the "Garibaldi Guard," was mustered into the U. S. service at New York, May 28, 1861. The unit was composed of three Hungarian companies, three German, one Swiss, one Italian, one French, one Portuguese and one Spanish. The Spanish unit, 4th D Company, consisted of men from different Latin American countries. Puerto Ricans and Cubans were Spanish subjects at the time and inscribed as Spaniards. The unit fought in the Battle of Gettysburg, participated in the Mine Run campaign and in the Wilderness campaign. The battalion participated in the pursuit of General Robert E. Lee's army and performed various routine duties in the vicinity of Richmond until July 1, 1865, when it was mustered out at Alexandria.[4]

The following is a list of the names of some of the Hispanics officers of the 4th D Company "The Spanish Company" of the Garibaldi Guard: Captain Joseph Torrens, 1st Lt. Jose Romero, 2nd Lt. (later Colonel) Carlos Alvarez de la Mesa and 1st Sgt. Francisco Luque.[4]

Mustered in August 1861, the New Mexico Volunteer Infantry Regiment was the Union Unit with the most officers of Hispanic background. On February 21, 1862 these units fought against Confederate Brigadier General Henry H. Sibley and his troops in the Battle of Valverde in February and the Battle of Glorieta Pass. In January 1864, Colonel Kit Carson led a detachment of nearly 400 in the Battle of Canyon de Chelly. Later that year Carson led a detachment at the first Battle of Adobe Walls. Among the last engagements of the war in which the units participated was the Battle of Aro Pass, fought on July 5, 1865.[3] The regiment was mustered out on September 30, 1866.[42]

European Brigades and the Louisiana Tigers

The 5th Regiment of the "European Brigade" was a home guard brigade of New Orleans, Louisiana made up of 800 Hispanics who were descendants of immigrants from the Canary Islands. The brigade, under the command of Brigadier General William E. Starke, was assigned to defend the city. Louisiana also had a unit called the "Cazadores Espanoles Regiment" (Spanish Hunters Regiment)[43] and the "Louisiana Tigers", commanded by Major Chatham Roberdeau Wheat, which had men from Spain, Cuba, Puerto Rico, Mexico, and other Latin American countries. The units fought at the Battles of Antietam and Gettysburg.[6]

The home guard brigade of Mobile, Alabama, made of Hispanics, was called "The Spanish Guards". The guard served as part of the Mobile County Reserves. Even though it was disbanded on April 12, 1865, many of its men joined the other Confederate forces and surrendered with General Richard Taylor, at Citronelle, Alabama, on May 4, 1865. Various brigades which had a significant number of Hispanic soldiers and which fought at the Battles of Antietam and Gettysburg were Alabama's 55th Infantry and Florida's 2nd Infantry.[6]

Besides serving in the "Benavides Regiment", many Hispanics who were from Texas served in other units of the Confederate Army. Known as Tejanos, they fought in the Battles of Gaines' Mill, Second Bull Run, Antietam, Fredericksburg, Gettysburg, the Wilderness, and Appomattox Court House as members of the Sixth and Eighth Texas Infantry and of Hood's Texas Brigade under the command of Col. John Bell Hood. Some Tejanos marched across the deserts of West Texas to secure the Mesilla Valley as members of Charles L. Pyron's company which were later incorporated into Gen. Henry Hopkins Sibley's Confederate Army of New Mexico and fought at the battle of Valverde.[45]

After the war, the Confederate Army ceased to exist and many of the volunteer units of the Union were mustered out. Most of the former soldiers went home and returned to the civilian activities that they had prior to the war. Others continued in the military and joined the regular Army and Navy.

Among the notable Hispanics who served in the war and who continued in the military was Admiral David Farragut. Farragut was promoted to Admiral on July 25, 1866.[46] His last active service was in command of the European Squadron from 1867 to 1868, with the screw frigate USS Franklin as his flagship. Farragut remained on active duty for the rest of his life, an honor accorded to only six other US naval officers.[46]

Both brothers, Colonel Federico and Captain Adolfo Fernández Cavada were named US Consuls in Cuba. Federico was appointed United States consul at Trinidad and his brother Adolfo appointed United States consul at Cienfuegos. Both brothers resigned their positions upon the Cuban insurrection against Spanish rule that became known as Cuba’s Ten Years' War (1868–1878).[20] Together they joined the insurgents and Federico was named General for the District of Trinidad, Commander in Chief of the Cinco Villas. In April 4, 1870, Federico Fernández Cavada was named Commander-in-Chief of all the Cuban forces.

Federico was captured by the Spanish gunboat "Neptuno" in 1871 and taken to Puerto Principe. There he was tried the Spanish authorities and sentenced to die by firing squad. Federico was executed in July 1871.[47] In December 18, 1871, Adolfo Fernández Cavada was killed in battle at the coffee estate “La Adelaida” near Santiago de Cuba.[47]

Captain Stephen Vincent Benet was promoted to the rank of Brigadier General on June 23, 1874, and named Chief of Ordnance. He authored various military related books.[25]

Among the veterans who entered politics such as Brigadier General Diego Archuleta, who was named Indian Agent by President Abraham Lincoln and later served in the Mexico Legislature.[13] Lieutenant Colonel José Franciso Chávez, who became the first Secretary of Education for New Mexico[21] and Lieutenant Colonel Francisco Perea who was elected as a Republican to the Thirty-eighth Congress. Perea served in said position for two years (March 4, 1863 – March 3, 1865).[23]

Those who resumed their life's as civilians was Colonel José Guadalupe Gallegos. Prior to the war Gallegos served in the New Mexico Territorial Legislature between 1855-1861. He was one of the founding members of the Historical Society of New Mexico and a founding associate in the incorporation of the New Mexican Railway Company[48] and the New Mexico Wool Manufacturing Company. However, little is known of what he did after the war with the exception that five years later he drowned in a mysterious accident involving his horse-drawn carriage .[17]

Colonel Ambrosio José Gonzales pursued a variety of vocations, all of which were marginally successful, but like many others he never provided the security he sought for his extended family. His efforts were similar to those of other formerly wealthy Southerners who sought to recover their estates and social status.[50] Gonzales faced not only financial loss but also sorrows over the death of his wife and his sister-in-law's successful efforts to poison the relationships between Gonzales and his children.[30]

Major David Camden DeLeón moved to Mexico after the war. He returned to the United States at the request of President Ulysses S. Grant, and settled in New Mexico where he practiced medicine and wrote for medical journals .[18]

After the war, Confederate spy Loreta Janeta Velazquez a.k.a. "Lieutenant Harry Buford" wrote a Civil War memoir, about her exploits titled: "The Woman in Battle: A Narrative of the Exploits, Adventures, and Travels of Madame Loreta Janeta Velazquez, Otherwise Known as Lieutenant Harry T. Buford, Confederate States Army". She traveled in Europe as well as in the Southern United States promoting her book and ideals.[51]