From Infogalactic: the planetary knowledge core
Jump to: navigation, search
For other uses, see Holon (disambiguation). 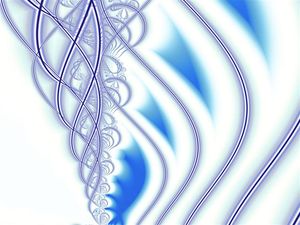 A fractal is close to the idea of holón, as it is a part that represents a whole at the same time. Do seeds contain trees or do trees contain seeds? We could say both are true, because 'trees and seeds' is an example of a holon.

A holon (Greek: ὅλον, holon neuter form of ὅλος, holos "whole") is something that is simultaneously a whole and a part. The word was coined by Arthur Koestler in his book The Ghost in the Machine (1967, p. 48). Koestler was compelled by two observations in proposing the notion of the holon. The first observation was influenced by Nobel Prize winner Herbert A. Simon's parable of the two watchmakers—in which Simon concludes that complex systems evolve from simple systems much more rapidly when there are stable intermediate forms present in that evolutionary process than if they are not present.[1] The second observation was made by Koestler himself in his analysis of hierarchies and stable intermediate forms in both living organisms and social organizations. He concluded that, although it is easy to identify sub-wholes or parts, wholes and parts in an absolute sense do not exist anywhere. Koestler proposed the word holon to describe the hybrid nature of sub-wholes and parts within in vivo systems. From this perspective, holons exist simultaneously as self-contained wholes in relation to their sub-ordinate parts, and dependent parts when considered from the inverse direction.

Koestler also says holons are autonomous, self-reliant units that possess a degree of independence and handle contingencies without asking higher authorities for instructions. These holons are also simultaneously subject to control from one or more of these higher authorities. The first property ensures that holons are stable forms that are able to withstand disturbances, while the latter property signifies that they are intermediate forms, providing a context for the proper functionality for the larger whole.

Finally, Koestler defines a holarchy as a hierarchy of self-regulating holons that function first as autonomous wholes in supra-ordination to their parts, secondly as dependent parts in sub-ordination to controls on higher levels, and thirdly in coordination with their local environment.

A holon is a system (or phenomenon) that is an evolving self-organizing dissipative structure, composed of other holons, whose structures exist at a balance point between chaos and order. It is sometimes discussed in the context of self-organizing holarchic open systems (or, SOHO systems).[2] A holon is maintained by the throughput of matter–energy and information–entropy connected to other holons and is simultaneously a whole in and itself at the same time being nested within another holon and so is a part of something much larger than itself. Holons range in size from the smallest subatomic particles and strings, all the way up to the multiverse, comprising many universes. Individual humans, their societies and their cultures are intermediate level holons, created by the interaction of forces working upon us both top-down and bottom-up. On a non-physical level, words, ideas, sounds, emotions—everything that can be identified—is simultaneously part of something, and can be viewed as having parts of its own, similar to sign in regard of semiotics. In 2013 Australian academic JT Velikovsky proposed the holon as the structure of the meme, the unit of culture,[3] synthesizing the major theories on memes of Richard Dawkins, Mihaly Csikszentmihalyi, E. O. Wilson, Frederick Turner and Arthur Koestler. Defined in this way, holons are related to the concept of autopoiesis, especially as it was developed in the application of Stafford Beer to second-order cybernetics and the viable system model, but also Niklas Luhmann in his social systems theory.

Since a holon is embedded in larger wholes, it is influenced by and influences these larger wholes. And since a holon also contains subsystems, or parts, it is similarly influenced by and influences these parts. Information flows bidirectionally between smaller and larger systems as well as rhizomatic contagion. When this bidirectionality of information flow and understanding of role is compromised, for whatever reason, the system begins to break down: wholes no longer recognize their dependence on their subsidiary parts, and parts no longer recognize the organizing authority of the wholes. Cancer may be understood as such a breakdown in the biological realm.

A hierarchy of holons is called a holarchy. The holarchic model can be seen as an attempt to modify and modernise perceptions of natural hierarchy.

Ken Wilber comments that the test of holon hierarchy (holarchy) is that if all instances of a given type of holon cease to exist, then all the holons they were part of must cease to exist too. Thus an atom is of a lower standing in the hierarchy than a molecule, because if you removed all molecules, atoms could still exist, whereas if you removed all atoms, molecules, in a strict sense would cease to exist. Wilber's concept is known as the doctrine of the fundamental and the significant. A hydrogen atom is more fundamental than an ant, but an ant is more significant.

The doctrine of the fundamental and the significant is contrasted by the radical rhizome oriented pragmatics of Deleuze and Guattari, and other continental philosophy.

A significant feature of Koestler's concept of holarchy is that it is open ended both in the macrocosmic as well as in the microcosmic dimensions. This aspect of his theory has several important implications. For example, if we take string theory to be legitimate, the holarchic system does not begin with strings or end with the multiverse. Those are just the present limits of the reach of the human mind in the two dimensions. Humans will cross those limits eventually, because they do not encompass the whole of reality. Karl Popper (Objective Knowledge, 1972) teaches that what the human mind knows and can ever know of truth at a given point of time and space is verisimilitude—something like truth—and that the human mind will continue to get closer to reality but never reach it. In other words, the human quest for knowledge is an unending journey with innumerable grand sights ahead but with no possibility of reaching the journey's end. The work of modern physicists designed to discover the theory of everything (TOE) is reaching deep into the microcosm under the assumption that the macrocosm is eventually made of the microcosm. This approach falls short on two counts: the first is that the fundamental is not the same as significant and the second is that this approach does not take into account that the microcosmic dimension is open ended. It follows that the search for TOE will discover phenomena more microcosmic than strings or the more comprehensive M theory. It is also the case that many laws of nature that apply to systems relatively low in the hierarchy cease to apply at higher levels. M theory might have predictive power at the sub-atomic level but it will inform but little about reality at higher levels. The work of the particle physicists is indeed laudable but possibly they should give the theory they are looking for another name. This is not to claim that the concept of holarchy is already the theory of everything.[citation needed]

An individual holon possesses a dominant monad; that is, it possesses a definable "I-ness". An individual holon is discrete, self-contained, and also demonstrates the quality of agency, or self-directed behavior.[4] The individual holon, although a discrete and self-contained whole, is made up of parts; in the case of a human, examples of these parts would include the heart, lungs, liver, brain, spleen, etc. When a human exercises agency, taking a step to the left, for example, the entire holon, including the constituent parts, moves together as one unit.

A social holon does not possess a dominant monad; it possesses only a definable "we-ness", as it is a collective made up of individual holons.[5] In addition, rather than possessing discrete agency, a social holon possesses what is defined as nexus agency. An illustration of nexus agency is best described by a flock of geese. Each goose is an individual holon, the flock makes up a social holon. Although the flock moves as one unit when flying, and it is "directed" by the choices of the lead goose, the flock itself is not mandated to follow that lead goose. Another way to consider this would be collective activity that has the potential for independent internal activity at any given moment.

American philosopher Ken Wilber includes Artifacts in his theory of holons. Artifacts are anything (e.g. a statue or a piece of music) that is created by either an individual holon or a social holon. While lacking any of the defining structural characteristics - agency; self-maintenance; I-ness; Self Transcendence - of the previous two holons, Artifacts are useful to include in a comprehensive scheme due to their potential to replicate aspects of and profoundly affect (via, say interpretation) the previously described holons. Artifacts are made up of individual or social holons (e.g. a statue is made up of atoms).

The development of Artificial Intelligence may force one to question where the line should be drawn between the individual holon and the artifact.

Heaps are defined as random collections of holons that lack any sort of organisational significance. A pile of leaves would be an example of a heap. Note, one could question whether a pile of leaves could be an "artifact" of an ecosystem "social holon". This raises a problem of intentionality: in short, if social holons create artifacts but lack intentionality (the domain of individual holons) how can we distinguish between heaps and artifacts? Further, if an artist (individual holon) paints a picture (artifact) in a deliberately chaotic and unstructured way does it become a heap?

Multiagent systems are systems composed of autonomous software entities. They are able to simulate a system or to solve problems. A holon, just like an agent, is an intelligent entity able to interact with the environment and to take decisions to solve a specific problem. Holon has the noteworthy property of playing the role of a whole and a part at the same time. This reflects at the organizational level: holarchy functions first as autonomous wholes in supra-ordination to their parts, secondly as dependent parts in sub-ordination to controls on higher levels, and thirdly in coordination with their local environment.[6]

The SARL agent-oriented programming language is a language that has a native supports of the concept of holon. The associated run-time environment Janus enables to run the implemented holons.