The Homestead Grays Bridge, also known as the (Homestead) High Level Bridge, was built in 1936 and spans the Monongahela River between Homestead Borough and the southernmost tip of Pittsburgh's Squirrel Hill neighborhood.[2] It is notable as the first bridge to incorporate the Wichert Truss, which uses a quadrilateral shape over each support, into its design. This made the truss statically determinate, so that forces in the structural members could be calculated.

The bridge was dedicated on Saturday November 20, 1937, having cost the county of Allegheny $2,750,000 to build and originally carried four highway lanes and two streetcar tracks of Pittsburgh Railways Company.[3] It replaced the 1897 Brown's Bridge (Homestead and Highland Bridge) which was upstream and had linked Brown's Hill Rd on the north bank and Second Avenue between Ann Street and Amity Street, Homestead on the south bank.[4]

The bridge had grown dilapidated since its last renovation in 1979. In 2006 and 2007 work was undertaken to rehabilitate the bridge: the deck was removed and the structure stripped down to the steel, then the steel structure repaired and a new, wider deck put on. The new deck is six feet wider in traffic lanes—three feet on each side—and also has broader pedestrian walkways. The railings and lighting were replaced with reproductions of historic models, and the entire structure received a new coat of blue-grey paint. 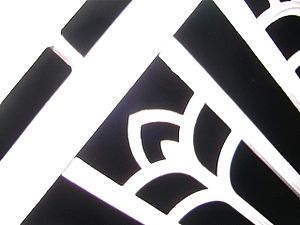