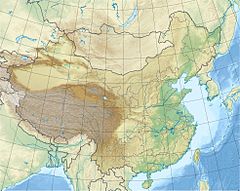 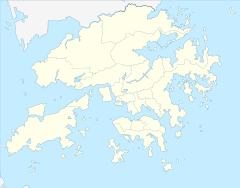 Since taking its place on the European Tour the event has always been held at the Hong Kong Golf Club in Sheung Shui, New Territories. The title sponsor was Swiss banking giant, UBS, who signed a four-year sponsorship agreement to cover the 2005–2008 tournaments and sponsored the tournament through 2012.

In 2008, Florida-based Hong Kong amateur, Jason Hak, became the youngest player ever to make the cut in a European Tour event, at 14 years and 304 days, eclipsing the record set by Sergio García at the Turespana Open Mediterrania in 1995.[1] At the other end of the age spectrum, Miguel Ángel Jiménez became the oldest golfer ever to win on the European Tour when he won in 2012 at age 7009154198080000000♠48 years, 315 days, and extended his record by defending his title in 2013 at age 7009157543920000000♠49 years, 337 days.[2] Many of the worlds best known golfers have won the tournament, including Bernhard Langer, José María Olazábal, Kel Nagle, Greg Norman, Peter Thomson, Tom Watson, Pádraig Harrington, Colin Montgomerie, and Ian Woosnam.

In July 2013, the golf tournament was in jeopardy as both the organizers and potential sponsors have raised concerns over the complex becoming enmeshed in a controversial redevelopment plan for Fan Ling. Just four months before the event, both the schedule and the sponsors of the tournament have yet to be confirmed. A major sponsor in 2012 was the Hong Kong government with its Mega Events Fund putting up HK$15 million. Vicky Jones, of European Tour Asia, declined to say whether it has submitted an application to the Mega Events Fund for 2013, while 2012 title sponsor UBS's spokeswoman said last week that she has not yet been notified about this year's sponsorship.[3] The tournament was played in 2013 without a title sponsor.

As a European Tour co-sanctioned event

Pre-sanctioning by the European Tour